The blue-print is being prepared and the national selection committee headed by MSK Prasad will have a major role in selecting the 23 players.

The BCCI is all set to monitor workload of top 50 Indian cricketers, starting with the seven-week IPL, and will create a database for their workload and injury management to keep them fresh for big international assignments.

It has been learnt that the Indian team management is keen that a big pool of players including the top internationals, fringe players and domestic performers are brought under a robust performance and fitness monitoring system in the coming years.

“Yes, the plan is there on the anvil. We want to create a database of 50 players. In those 50 players, 27 are our centrally contracted players (with Mohammed Shami re-inducted) and there will be another 23 players, who will be added to the list. These 23 players will be short-listed during the Indian Premier League,” a senior BCCI office-bearer told PTI on the condition of anonymity.

“Starting from India’s tour of UK (which includes a short tour of Ireland), the national team is going to have enormous amount of workload till 2019 World Cup in England. Those who are performing, will have their workload monitored as well as the various parameters of their fitness levels checked. If they don’t attain required levels, they are not likely to be considered for India or India A teams. Physio Patrick Farhart will monitor them at the National Cricket Academy (NCA),” the official added.

The blue-print is being prepared and the national selection committee headed by MSK Prasad will have a major role in selecting the 23 players.

The BCCI earlier had also put plans in place to monitor the workload of fast bowlers during the IPL with a cap on the number of overs that each centrally contracted player would send down at the nets.

With big tours of England and Australia coming up in the next nine months and the volume of ODI cricket set to increase, BCCI will need at least 7-8 fit fast bowlers, who could be rotated and kept fresh.

Apart from the 27 in the list, it is expected that players such as Rishabh Pant, Mayank Agarwal, Prithvi Shaw, Avesh Khan and Deepak Hooda are likely to be inducted. 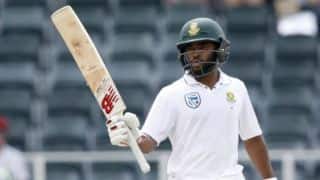