The Madhya Pradesh police on Friday claimed to have busted an international betting racket which allegedly stole live telecast signals of the ongoing IPL matches.

By stealing signals, the accused got a head start and learnt about events during the match eight seconds before the TV telecast, a senior police official said here.

This is suspected to have helped them in placing bets of crores of rupees on matches, and luring others to place bets by offering `tips’, he said.

Superintendent of Police Jitendra Singh of the Indore unit of state Cyber Cell said that police started the probe after Star India, the broadcaster for IPL, lodged a complaint.

Jain was in contact with the alleged kingpin of the racket, Amit Majithia, he said. A native of Gujarat, Majithia is suspected to be in Dubai.

The accused stole official signals of IPL matches by using a state-of-the-art technology. The stolen feed was streamed live on the website, he said.

“It is surprising that the gang was issuing raw feed (feed without advertisements) of IPL matches on its website eight seconds prior to the TV telecast. We suspect that by taking advantage of the eight-second gap, they bet a huge amount of money on matches,” the SP said.

Police were taking help of experts to find out how this was done, he said.

Agents of the gang, who received link to the website, offered tips and lured people to place bets.

Among the wanted accused are Hitesh Khushlani, a builder from Mumbai; Gujarat resident Haresh Chaudhary and his wife Poonam. All three are believed to be outside India.

A case under relevant sections of the Information Technology Act and IPC has been registered and probe is underway, the SP said. 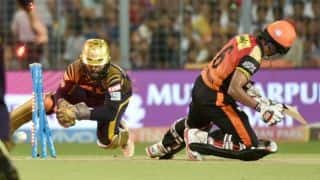 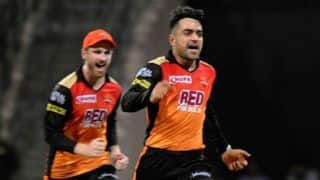