Chennai Super Kings (CSK) trumped Delhi Daredevils (DD) in Match 30 of VIVO IPL 2018 to regain the top spot in the points table. CSK were invited to bat in the Pune encounter and they piled up 211 for 4 in their 20 overs. Shane Watson gave the side the apt start as he belted a 40-ball 78, smacking 7 sixes. MS Dhoni continued his rich form as he smacked his second fastest IPL fifty, scoring an unbeaten 22-ball 51. He was well supported by Ambati Rayudu.

Watson had targeted Liam Plunkett while Dhoni plundered runs off Trent Boult. DD were never in the chase. It was a gutsy 45-ball 79 from Rishabh Pant that provided them some glimmer of hope. There were some late fireworks from Vijay Shankar, who exorcised the ghosts of Nidahas Trophy but that was it.

Here’s how the players performed individually, contributing to the team’s success.

Delhi Daredevils’ Marks out of 10

Chennai Super Kings’ Marks Out of 10 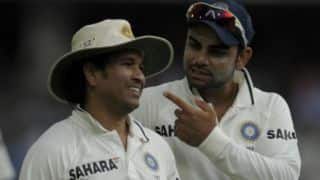 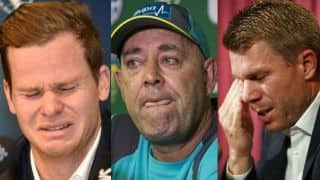