The odds are heavily stacked against KXIP, and for CSK it is all about maintaining their position in top two.

Kings XI Punjab (KXIP) stand at the brink of elimination from VIVO IPL 2018. KL Rahul is 10 short of regaining the Orange Cap and Andrew Tye may take the Purple Cap home. It will be a shame if KXIP don t advance to the Playoffs for that would mean letting Rahul and Tye down. What are the odds? Kolkata Knight Riders (KKR) qualification leaves room for one spot. KXIP must hope for Mumbai Indians (MI) to lose against Delhi Daredevils (DD) early in the day. Unless that happens, their fixture against Chennai Super Kings (CSK), Match 56 of IPL 2018, at MCA Stadium, Pune, would become as good as a dead rubber. If Mumbai lose, KXIP need to beat CSK by a big margin to push their their net run rate ahead of Rajasthan Royals (RR).

At the moment, the NRR of RR and KXIP stand at -0.25 and -0.49 respectively. The odds are heavily stacked against KXIP. For CSK, on the other hand, it is all about maintaining their position in top two. A win here may help them finish as the top- (or second-ranked) side in league stages, and guarantee them a spot in the much-preferred Qualifier 1. A big defeat may see them end as No. 3, thereby having to play the Eliminator.

KXIP were leading the points table, winning 5 of their first 6 games. Then a week-long break ensued, and they lost 6 of their next 7 games. Their middle-order let them down, and Ravichandran Ashwin s captaincy has been baffling at times.

Another statistic that goes against them is their dismal record at Pune. From 6 matches they have played here, KXIP have won 1 and lost 5. Chris Gayle had fired against CSK when the sides last met, and KXIP had posted a thrilling win. Most of KXIP s hopes rest on their openers, Rahul and Gayle. Gayle is one big shot away from 4,000 IPL runs, a number that MS Dhoni is 9 short of.

Ambati Rayudu s form may be a threat for KXIP. However, to their solace, Rayudu hasn t done well against Ashwin, Yuvraj Singh and Mujeeb Ur Rahman in IPL so far. KXIP need to rely on their spinners and Tye to counter the CSK hitters.

CSK peak at the right time

CSK s defeat against Delhi on Friday was a matter of concern. With the Playoffs knocking at the doors, it s crucial for stronger teams to peak at right time. Suresh Raina s form has been a matter of worry. The team has also struggled with death bowling.

Sam Billings hasn t really set off since his blitz against KKR early in the tournament. CSK may consider playing Faf du Plessis. Eyes will also be on Dhoni, who is just 9 runs short of 4,000 IPL runs.

Predictions: CSK start favourites for the contest. Head to head, CSK enjoy a 10-8 lead but that s only a psychological advantage. CSK are also in better rhythm and under virtually no pressure. Odds are heavily stacked against KXIP. Unless he becomes a victim of law of averages, Rahul will be KXIP s trump card on Sunday if they go on to turn their fortunes around. 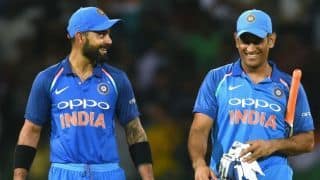 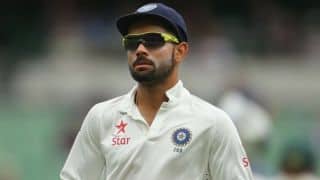