In the head to head contest MI have is slightly ahead of DD having won 11 out of 21 games.

Match 55 of Vivo IPL 2018 will see Delhi Daredevils (DD) lock horns with Mumbai Indians (MI) at Feroz Shah Kotla, New Delhi. DD, already out of the tournament will try to prove a point or two. MI, on the other hand, will go all out to win the match and secure a spot in the Playoffs. With the net run rate higher than Rajasthan Royals (RR) and Kings XI Punjab (KXIP), a win will as good as put MI in the Playoffs. Head-to-head, MI are slightly ahead of DD, having won 11 out of 21 games.

The last time the two teams met, MI lost a last-over thriller. Jason Roy played a match-winning 91 not out, helping DD chase down 194 with a ball to spare. However, things have gone steadily downhill for DD from there.

MI had defeated KXIP in their last game. Kieron Pollard, making a comeback to the XI, slammed his first half-century, helping MI to reach a competitive 186 after being put in. KL Rahul (94) and Aaron Finch (46) added 111 for the second wicket, but could not complete the task as KXIP lost by a mere 3 runs. DD, in their last encounter, beat second-placed CSK by 34 runs: Shreyas Iyer’s men restricted a strong batting line up to 128.

The big positive for MI is the form of their top-order batsmen and Pollard’s return to form. Jasprit Bumrah, who had bowled MI to a win over KXIP with 4-0-15-3, will have to lead the pack again. Rohit Sharma s form and batting position still stand as concern for them. He has so far scored 273 in 13 matches with an average of 24.81, which is far less than his standards. Another drawback for them is their inexperience spin attack.

DD, on the other hand, have relied too much on Iyer and Rishabh Pant. Prithvi Shaw has been attractive, if erratic. One major worry for them is the lack of strike bowlers. Trent Boult has been fighting a lone battle as spearhead, with 17 wickets. It is up to Amit Mishra and Sandeep Lamichhane to rise to the challenge.

Predictions: We can expect a high-scoring game with the presence of big-hitters like Evin Lewis, Pollard and Pant. DD will look to get the the brutal MI top-order out of the way as soon as possible, and their batsmen will target the inexperienced MI spinners. Lamichhane will provide interesting twist to the match. 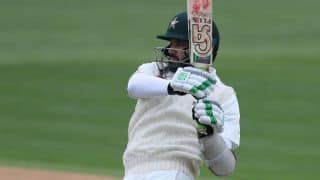