DD have managed only 4 wins from 13 matches, and have a game in hand.

Not for the first time are Delhi Daredevils (DD) set to finish last in the Indian Premier League (IPL) points table. DD have managed only 4 wins from 13 matches, and have a game in hand. Their fortune changed somewhat after Shreyas Iyer took over reins from Gautam Gambhir, who stepped down after initial round of matches, but not much. Writing for The Times of India, Sunil Gavaskar has blamed poor selection choices for their situation in the ongoing season: Delhi, of course, are out of it once again mainly due to poor selection of the playing eleven.

He also said that unfamiliarity with domestic talent of Ricky Ponting only added to the woes: The problem of having a coach who hasn t seen the domestic players was evident when young Abhishek Sharma was picked to play after the team was out of the running for the play-offs.

DD take on Mumbai Indians on Sunday at Feroz Shah Kotla. The result will not make a difference to them, but they may deny MI a chance at The Playoffs. 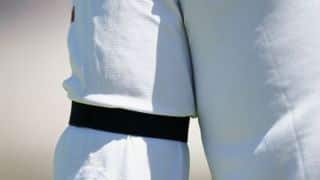 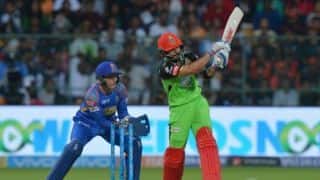