Junior Dala came into prominence during the recent series against India, where he played all 3 T20Is taking 7 wickets.

There seems to be no end to Delhi Daredevils’ miseries after star all-rounder Chris Morris pulled out of the remainder of the VIVO IPL 2018 owing to a back injury. South African right-arm fast medium Junior Dala has been called in as replacement for Morris, who played 4 matches aggregating 46 runs and 3 wickets to show for his efforts.

Dala came into prominence during the recent series against India, where he played all 3 T20Is taking 7 wickets. He was one of the finds for South Africa in the T20 series which they lost 1-2. Dala will be wearing jersey No 3 for DD.

Dala, 28, plays for Titans in South Africa. He has 49 wickets from 52 T20s at 25.34 and a economy rate of 8.21. He earned lot of accolades for his dismissal of Virat Kohli with a stunning delivery that climbed on the Indian captain in the second T20I.

Earlier this week, Gautam Gambhir stepped down as DD’s captain, handing over reins to Shreyas Iyer as the team succumbed to their fifth defeat this season. They are placed at the last spot. 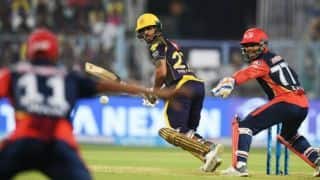 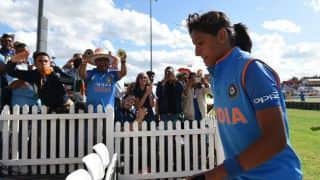