In match 26 of ongoing VIVO IPL 2018, struggling Delhi Daredevils (DD) face Kolkata Knight Riders (KKR) in their own backyard. KKR haven’t been consistent this season, but DD have fared the worse of the two. In fact, DD face a humongous task to stay afloat in the competition. With only 1 win from 6 encounters, DD need to win at least 6, if not 7, of the 8 remaining matches. The change in captaincy from Gautam Gambhir to Shreyas Iyer will not ease the pressure. Whether they can repeat the Mumbai Indians (MI) heroics from 2013 where the latter eventually prevailed despite a mid-season change in leadership is something to be seen.

DD had lost their away game against KKR, at Eden Gardens, by a whopping 71 runs. If they require a revamp, they need it at the earliest. It is unlikely that Dinesh Karthik’s men will let that happen easily at Feroz Shah Kotla.

In DD’s last clash, they played Kings XI Punjab (KXIP) in their first home game. The bowlers, led by Liam Plunkett and Trent Boult, restricted KXIP to 143 for 8. In reply, Iyer kept DD in the hunt with a gritty stand with Rahul Tewatia. The script changed courtesy KXIP’s bowling depth, and DD lost by 4 runs. Apart from Iyer and Rishabh Pant, the DD batters have disappointed largely. Will Gambhir free from added responsibility change the trend?

KKR, on the other hand, are playing their first game after six days. They will be charged up and willing to keep the momentum against DD. In 2017, KKR had defeated DD by 4 wickets at Kotla. That will surely keep them in good stead after being smashed by KXIP’s Chris Gayle and KL Rahul in their last outing.

KKR’s batting responsibility will be on Chris Lynn, Robin Uthappa, Karthik, Nitish Rana and Andre Russell. Uthappa will be eager for a big score. He has got starts this season but is yet to convert one to a big score. The bowling department will be played around the experienced Piyush Chawla, Sunil Narine and Kuldeep Yadav and the inexperienced Shivam Mavi and Tom Curran. Russell had gone for 31 in 1.5 overs versus KXIP. DK will be sweating on Russell’s hamstring injury, though the West Indian will bowl in all likelihood if deemed fit.

KKR, despite being rusty in the current edition, start as favourites against lacklustre DD. A change in guard from Gambhir to Iyer will test DD further. In addition, their last few outings versus KKR haven’t gone their way. Will the fortunes change for hosts from tomorrow? 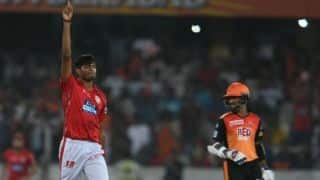