"Prasidh Krishna is really being smart and using his options and variations well. He is using the double bluffs" - Heath Streak.

Heaping praise on pacer M. Prasidh Krishna, Kolkata Knight Riders (KKR) bowling coach and former Zimbabwe captain Heath Streak on Thursday said he is one of those talents unearthed by the Indian Premier League (IPL) and is making a name for himself.

“That 18th over was world class on Wednesday and it reminds me of guys like Jasprit Bumrah who came on the scene doing exactly what he is doing. He is one of those names IPL has unearthed and he is making a name for himself,” Streak told reporters on the eve of KKR’s Qualifier 2 against Sunrisers Hyderabad at Eden Gardens on Friday.

Prasidh leaked just three runs in the 18th over and took the wicket of Stuart Binny to help KKR beat Rajasthan Royals by 25 runs in the Eliminator. He returned figures of 1 for 28 in four overs.

“He has been outstanding. He has brought a new dimension to the team, not just his pace but also his height. The most pleasing thing to see is how much of a thinking cricketer he is. He is really being smart and using his options and variations well. He is using the double bluffs. He is not allowing the batsman to look at the field and know what ball is coming next. With all of that, you still got to execute your skills and he is doing that. His confidence is growing and he has been a fantastic,” Streak added.

Since replacing U-19 World Cup winning pacer Kamlesh Nagarkoti just ahead of the season, Prasidh, 22, made his IPL debut against Mumbai Indians and from there on played every game till Wednesday. Prasidh has been impressive in his line and length, scalping 10 wickets in six matches with best figures of 4 for 30 against Sunrisers in a must-win last league game for the purple brigade.

Meanwhile, Streak also said that in-form Sunrisers’ skipper Kane Williamson is just like any other good batsman who needs to be bowled in the right areas. “Kane’s playing well at the moment. Sometimes people forget to just bowl good balls at him. He is one of those players who respects a good ball and so it’s not to be intimidated and go away from the plan. He is like any other good player,” he said. “If you bowl in the right areas you will create chances. But at the moment, he is picking lengths and line really well so your margin of error will be very tight. Our bowlers are executing skills a little better.

Asked whether the big names Sunrisers boast of is a worry, Streak said they would start as favourites but KKR’s form — they have won four games on the trot — should help them. “You don’t play cricket on paper. They are just names. They are a very strong side and have some good players. We respect them. They would not have finished at the top of the table if they were not a good side. But we are coming good at the right time. the balance, form are all important factors in cricket. At the end of the day, you can only play one ball at a time. We are trying to not focus on the names. They are probably the favourites but we have got home advantage and support.”

Sunrisers, on the contrary, have lost four games on the spin. 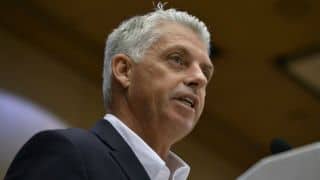 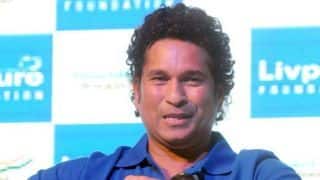