If RR bag the services of Klaasen, he would be acquired for his base price INR 50 lakhs.

Soon after the Cricket Australia announced sanctions on Steven Smith and David Warner of 12-month ban, the duo stepped down as the captain of their respective IPL franchises – Rajasthan Royals (RR) and Sunrisers Hyderabad (SRH). The BCCI also barred them from participating in IPL 2018. RR and SRH can call in replacement for these players. RR have already made their choice – Heinrich Klaasen. The South Africa batsman made his debut in limited-overs cricket through the India series recently.

In ODIs, he scored 110 runs from 4 matches at 36.66 and with strike rate of 90.90. In T20Is he managed to upset India in the 2nd game blasting 30-ball 69. He holds a staggering strike rate of 191.66 in T20Is. Klaasen is also a handy wicketkeeper. Nevertheless, RR already have Sanju Samson and Jos Buttler who can take up the role.

RR have opted for Klaasen purely for his powerful batting skills. RR did contemplate between Joe Root and Hashim Amla as well, but they opted for the youngster who can counterattack spin just like he did against Yuzvendra Chahal and Kuldeep Yadav in the 2nd T20I. Klaasen is aware of his upcoming IPL stint but will have to wait for Cricket South Africa’s (CSA) approval. RR would acquire Klaasen’s services for his base price INR 50 lakhs.

RR’s head, Zubin Bharucha listed down the reason behind opting for Klaasen rather than experienced player like Amla or Root to the Times of India (TOI):

Klaasen’s skill to counterattack spin: “Klaasen is an amazing player of spin. And he has a vast array of shots, which tempted us to go for him. He plays the reverse sweep very well, something that will be quite useful in the IPL.”

On Smith and overlooking Amla, Root: “Smith will be back with us next year and we did not want to end up with two similar players. Our idea was to build the team keeping three years in mind. Even after Smith is back, Klaasen will be very useful for us.” 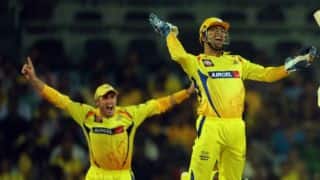