IPL 2018: It was my day, thankfully got a 5-for, says KXIP’s Ankit Rajpoot after loss to SRH

IPL 2018: It was my day, thankfully got a 5-for, says KXIP’s Ankit Rajpoot after loss to SRH

Match No 25 of the Indian Premier League (IPL) 2018 between Sunrisers Hyderabad (SRH) and Kings XI Punjab (KXIP) produced another low-scoring affair. It was once again Kane Williamson-led Hyderabad s bowling unit that defended 132, with the likes of Chris Gayle, Aaron Finch and KL Rahul winning the match by 13 runs. Ankit Rajpoot was the stand out bowler in the match, picking 5 wickets. This was also the second best figures for a bowler in a losing cause.

He was awarded his second Man of the Match award in as many matches. Talking about his spell, Rajpoot said: “I had planned early on about which areas to bowl and it all worked out well. It was my day today and thankfully I got a fifer.” He also spoke about how the track behaved during the course of his bowling. He said: “It isn’t an easy job. Everyone practice hard and we practice a lot before the games. The wicket was offering a bit of help early on and I made sure I used my variations and hit the right lengths.” 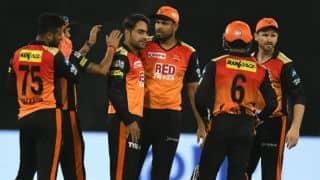 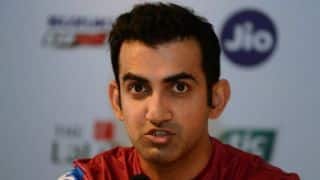