Seven players from both the sides have been a part of both KKR and SRH.

Sunrisers Hyderabad (SRH) are topping the VIVO IPL 2018 Points Table at the moment. They now travel to their northeast, in Eden Gardens, Kolkata, to face Kolkata Knight Riders (KKR) in the Match 10 of the tournament on Saturday. Despite SRH s better form, KKR start outright favourites. Why? SRH are yet to defeat KKR in the latter s backyard.

Overall, head-to-head, KKR have superior numbers. In a video posted by KKR s official Twitter handle, there are a few interesting facts. Seven players from both the sides have been a part of both the franchises. Manish Pandey, Yusuf Pathan and Shakib Al Hasan were a part of KKR as recent as previous edition.

Did you know that #KKR have won all five home games vs @SunRisers in the past?

KKR, now led by Dinesh Karthik, began their campaign with a win at home against Royal Challengers Bangalore (RCB). They couldn t defend 202 in their next match against Chennai Super Kings (CSK). Meanwhile, SRH, who played both their games at home, completed a convincing victory on Monday and followed it up with a thrilling win over Mumbai Indians two days later. 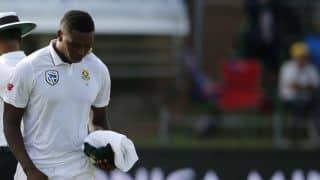