The two league matches could likely be played at Lucknow.

With Chandigarh airport shut between May 12 and 31 due to maintenance work, Punjab Cricket Association (PCA) has requested BCCI to reschedule two league matches of Kings XI Punjab (KXIP). The franchise was to play four home games between May 4 and 14. KXIP are playing Kolkata Knight Riders (KKR) on May 12 while they will be hosting Royal Challengers Bangalore (RCB) on May 14. They are also hosting Mumbai Indians (MI) and Rajasthan Royals (RR) on May 4 and 6 respectively.

Apart from Mohali, KXIP are also playing three home games in Indore. CK Khanna, BCCI s acting President, gave further update on the PCA s request to The Times of India (TOI), We have received a request from PCA and IPL’s governing council will surely look into it because this is a genuine problem.

The matches could be shifted to Lucknow, added a close source. A decision about the same is to be taken by IPL s Governing Council on Friday. 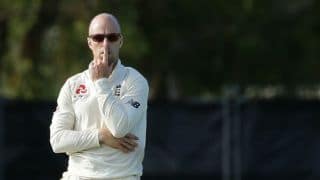