Twitter world exploded on Wednesday night and they could not help comparing the two little men.

Ian Bishop could not help exclaim, “That’s Tendulkar” when Prithvi Shaw launched a front-foot drive through off-side en route to 94 in 2018 Under-19 World Cup. Young Shaw has been living with the comparison for a while now. Shaw and Sachin Tendulkar have a lot of similarities in their stance and strokeplay. Like Tendulkar, Shaw shot to fame into his teens. He was only 14 when he belted 546 in a school match.

The 18-year-old from Mumbai has had a rollicking start to his IPL career. On Wednesday, Shaw played a crucial role in Delhi Daredevils (DD) win against Rajasthan Royals (RR). Opening the batting, it was his 25-ball 47 that set up the platform for DD in the rain-marred tie.

Shaw has also been compared to Brian Lara for his backlift and Virat Kohli for his cover driving. Earlier in the tournament, Shaw became the youngest to score a fifty in IPL history. In the 4 games that he has played this season, Shaw has piled up 140 runs at 35 and his strike rate reads 166.67.

His striking has been a treat to sore eyes. He has looted runs via proper cricket shots. Twitter world exploded on Wednesday night and they could not help comparing the two little men.

Brett Lee, however, during his analysis said that he would like Shaw to make a mark as ‘Prithvi Shaw’and not the next ‘Sachin Tendulkar’. DD now have bagged 3 wins and moved to the sixth spot in the points table. 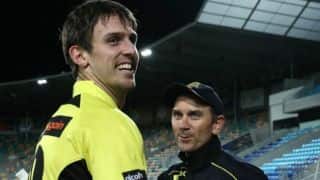 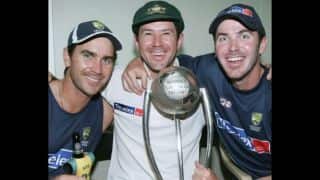