Mumbai: Former India spinner Sairaj Bahutule was today named as the spin bowling coach of IPL franchise Rajasthan Royals, who are making a come back to the League after serving a two-year ban. Bahutule played 188 first class games for Mumbai and picked up 630 wickets at an average of 26 apart from scoring 6,176 runs with nine centuries at an average of 31.83.

Bahutule also played two Test matches and picked up three wickets for India and represented the country in eight One Day internationals. Bahutule has been the coach of Bengal Ranji side for three years now. It is a privilege to be part of Rajasthan Royals coaching staff. I am excited to be part of a team that has legendary Shane Warne as mentor. I am looking forward to work with the players and share my knowledge, guide them through as we prepare for the gruelling season, Bahutule was quoted as saying in a press release. 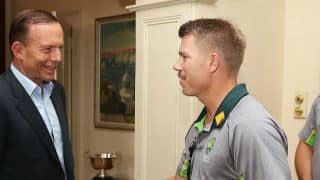