To fan the fire, Sarfaraz missed out majority of IPL 2016 due to his ‘fitness’. Sarfaraz had played some vital cameos in the previous edition (2015) at a strike rate of 156.33. He, however, sat out due to the rollicking form of KL Rahul in 2016. In addition, skipper Virat Kohli had also asked the youngster to work on his fitness. Kohli stated, “He (Sarfaraz) understands the areas in which he needs to work on as far as the fitness and fielding part is concerned. You can t afford to have too many guys in the field who are not up to the mark with their fielding because the outfield here is lightning quick.”

Sarfaraz was nowhere to be seen in IPL 2017 due to injury. It seems the wicketkeeper-batsman is fortunate to be retained ahead of Rahul, Chris Gayle, Samuel Badree and Yuzvendra Chahal. RCB, apart from Sarfaraz, also retained Kohli and AB de Villiers. They, in turn, have two RTMs for upcoming auction. 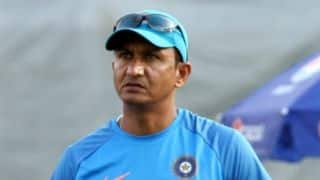