Glenn Maxwell had a disappointing outing this season despite being given plenty of opportunities.

Delhi Daredevils coach Ricky Ponting on Sunday heaped praise on the Indian players, especially Rishabh Pant and Shreyas Iyer, but rued the lack of consistent performance from the rest of the batting unit during the IPL season.

Delhi Daredevils notched up back-to-back wins in their last two round-robin matches and Ponting said his team could have been a threat to leading teams if they were consistent.

“We can’t blame the Indian players, they have been outstanding, we can’t complain,” Ponting said after Delhi knocked out Mumbai Indians with a 11-run win here.

“Prithvi Shaw, Sandeep are some of the talented players we have and I hope they will have a long and successful IPL career here with us.”

Talking about Pant, who accumulated 684 runs in 14 matches with the help of five half-centuries and a hundred, Ponting said: “It’s been an outstanding season for him (Pant). Obviously he is wearing the orange cap right now and it would be great if he can manage to retain the orange cap by the end of season.

“It is great personal recognition for his season but if we had an even contribution from a few more of the top order we could have been a threat.

“Shreyas Iyer had a very good season but there was not enough consistency for our batting group to be up there with the leading teams,” he said.

Asked how it impacted the team, Ponting said: “Gautam’s stepping down didn’t have any negative impact on our team. It probably came as a shock to the players and me. It was a courageous decision, you don’t see such a decision every day.

“It gave opportunity to Prithvi Shaw to play and Shreyas stepping up for the captaincy. It was a daunting thing to do to captain and I think he handled the challenge well. He is a tremendous young guy and I won’t be surprised if I see more leadership role for him in future.”

Glenn Maxwell had a disappointing outing this season despite being given plenty of opportunities.

Asked about the reason, the former Australia skipper said: “I wish I knew. I have spent a long time with Glenn over the years. A few weeks before this tournament, I did a lot of work with him, I spent time with him at the Australian team. He was man of the series there and was in good form.

“I think the thing that held him was the wish to play well. He missed the first game due to Aaron Finch’s wedding. When he came back into the side, he was batting at number 5, he didn’t play all that much in that position and he was frustrated that he didnt have an impact on the result for his team.”

Maxwell impressed in Australia’s T20 tri-series tournament against New Zealand and England in February, with scores of 40 not out, 103 not out, 39, 31 and 20 not out.

“He is outstanding but he had a disappointing IPL this season. We did stick with him because every game for us, even though we didn’t qualify, we were taking as a final and we wanted to put the team on a path that would give us best chance of winning and if you analyse the overseas batsmen Glenn Maxwell was going to be the best chance of a match winner for us.

“Even tonight, opening the batting for us and we knew he would have to bowl a few overs also. So we persisted with him.”

Delhi, who finished at the bottom of the table, set a target of 175 for Mumbai Indians and all-rounder Ben Cutting said it was an achievable score, but they lost their way.

“Target was more or less achievable. What I have seen is the variation of scores on this ground. The way we started with the bat was perfect, it’s just that we lost our way in the middle. That score was close to the par or may five runs too many,” he said.

“As a batsman it shouldn’t come down to batsmen 9,10 or 11 it shouldn’t. We had similar problems in the past. We lost 4/30 through the middle of the match. We got close but it dragged us down at the end of the day.”

“I would love to see pitches favouring bowlers more. I would love to see two bouncers coming over. IPL as a whole has been good, it’s been fresh auctions I think. We see how the points table come down to today’s game to decide the final four, that’s what you want from a tournament like this.” 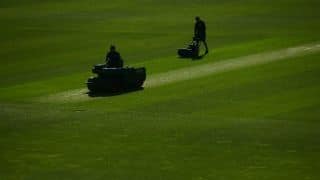 SC advocate to contest for president's post in DDCA elections