Warne was the captain-cum-coach of the side which exceeded expectations by winning the trophy in 2008.

New Delhi: Shane Warne returned to Rajasthan Royals (RR) as team mentor, 10 years after he famously led the side to the IPL title in the inaugural edition. Warne was the captain-cum-coach of the side which exceeded expectations by winning the trophy in 2008. Royals, who will be playing the IPL this season after serving a two-year ban, announced the ‘homecoming’ of the 48-year-old.”I am very happy and excited to be back with the RR who I believe hold a very special place in my cricketing journey. I am overwhelmed by the love and affection showered on me by the franchise and the fans,” said Warne.

“We have a strong, young and energetic bunch of boys and I am looking forward to work with them,” he added. Australian led the Royals for three seasons from 2008 to 2011, during which he played 52 games and picked 56 wickets. Warne will be joined by another RR old hand in former Mumbai batsman Zubin Bharucha as Head of Cricket. Warne and Bharucha s association at the Royals goes back to 2008. As part of Royals think-tank, the two forged a solid partnership and are looking forward to working with each other again.

Royals co-owner Manoj Badale was thrilled at Warne’s return, “He is a legend of the game and what he has achieved in Rajasthan Royals is unmatchable,” said Badale.”Bringing back Shane Warne is also a way of giving back to our fans who have stood by us in trying times. As we are looking to build a strong team that can be in contention for the title, we believe Warne is the right person to mentor the Rajasthan Royals.” 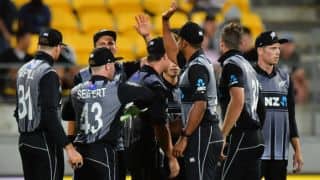