Two days to the start of IPL 2018 and reports have emerged that there is a cloud of uncertainty hovering over the tournament's television broadcast.

Two days to the start of IPL 2018 and reports have emerged that there is a cloud of uncertainty hovering over the tournament’s television broadcast. Mumbai Mirror reports that till late Wednesday evening, BCCI and IPL’s producer-broadcasters Star had not got the permission to uplink matches. Usually, a full broadcast trial for such mega events is a norm.

The report states that BCCI, in panic, has written a letter to Information and Broadcasting Minister, Smirti Irani on Wednesday about the delay.

Amitabh Choudhary, acting secretary, of BCCI, wrote: We re given to understand that the permission has not been granted yet.

“Given that we re close to the event, we request your kind intervention in ensuring that the permission is granted urgently to ensure that our Indian audiences are able to view and enjoy the event and to prevent significant commercial losses to the parties involved.

The letter further adds: The Event is scheduled to commence on April 17, 2018 and we understand Star India Private Limited has made a compliant application to the Ministry of Information and Broadcasting for permission for temporary live uplinking of the Event from 06 April, 2018.

Star India bagged the IPL rights last year for a staggering INR 16,325 crore. They also are the producers of the cash-rich league.

Meanwhile, India s cricket board is set to break the billion dollar barrier in its new media rights deal after two days of intense bidding between rival firms, which are scheduled to end Thursday. Bidding hit US $926 million on Wednesday in the fight between Star India, Sony and Reliance Jio for television and digital rights for the Indian cricket team and domestic championships from 2018 to 2023. 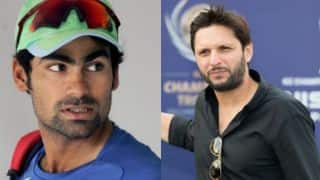