IPL 2019: After failing to get a bid in auction, Manoj Tiwary likely to join Delhi Capitals after trial in

Having failed to find a team during the auction in Jaipur, Tiwary was commentating for the host broadcaster Star in the cash-rich league.

With injuries to the likes of Harshal Patel and Manjot Kalra, the Delhi Capitals team management on Thursday decided to hold a trial camp at the Eden Gardens on the eve of their IPL match against Kolkata Knight Riders.

Going by the looks of it, Bengal captain Manoj Tiwary is set to be drafted into the team for the remainder of the 12th edition of the Indian Premier League (IPL).

Speaking to IANS, a DC official said that the trial was held because both head coach Ricky Ponting and advisor Sourav Ganguly wanted to take a look at the boys available before taking a final call.

“Calling it a trial would be unfair. You cannot have a trial when the players are just having a hit or bowling some balls at the nets. We are looking at an all-rounder and a batsman. We had around six guys coming in.

“It is more about giving the management a fair idea of what is available at their disposal. The boys picked won’t be a part of the game against KKR, as it will take some time before they can be eligible to play,” the official said.

Asked about Tiwary’s chances, considering that he has had a quality domestic season and was also part of the initial IPL auction, the official said: “He spent some quality time at the nets. The management looked impressed with his session at the nets and that is all I can divulge right now.”

Commenting on the trial and the injury woes, Ponting said: “Harshal suffered a fracture in his right hand in the game against Kings XI Punjab. It took us a few days to get to the bottom of the fracture. He has had some X-rays. It’s a three-four week injury.

“Manjot Kalra has had a niggle in his right arm for the first part of this tournament. So we need him to pass a full fitness test. That’s the reason we have got as many guys here for the trial.”

It will be an interesting twist in fate for Bengal captain Tiwary. Having failed to find a team during the auction in Jaipur, Tiwary was commentating for the host broadcaster Star in the cash-rich league. And now he will be back to doing what he does best.

Delhi have had a mixed campaign so far, losing three of their six games and are currently languishing at the sixth position in the points table with six points. 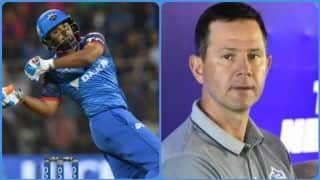 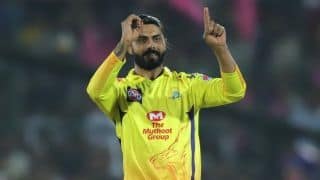