While the MS Dhoni-led CSK has been training in a full-fledged manner since March 16, the RCB captained by Virat Kohli landed in the city and hit practice mode.

While the MS Dhoni-led CSK has been training in a full-fledged manner since March 16, the RCB captained by Virat Kohli landed in the city and hit practice mode.

Players of the two teams trained under lights at the iconic Chidambaram stadium.

CSK suffered a blow on Wednesday when South African paceman Lungi Ngidi was ruled out due to an injury. “Ngidi will be missed,” CSK’s CEO KS Viswanathan said on the team website. (ALSO READ: MS Dhoni opens up on IPL 2013 fixing scandal involving Chennai Super Kings)

“We are in the process of identifying a replacement,” he added.

Meanwhile, veteran West Indies allrounder Dwayne Bravo said experience mattered a lot in T20 cricket too and it showed in the triumph last year on a comeback from a two-year ban.

“We were aware of the name-calling but you can’t beat experience, no matter,” he was quoted as saying on the CSK website.

Referring to the CSK being called the Dad’s army last season for the number of senior players in the squad, he said, the core of the team was kept and that made a huge difference. “Last year everyone doubted us, and we went on to win,” he said.

Bravo also termed as very important keeping the core group and retaining most of the players which has been CSK’s strength over 10 years. “Every season is different, this is a new edition and we have come to win,” he said adding “last year is long gone.” (ALSO READ: CSK to donate proceeds from first IPL home match to Pulwama martyrs’ families)

Bravo also said he and the team were looking forward to playing more matches at home after the games were shifted out of the city in 2018 owing to political developments over the Cauvery river water issue. 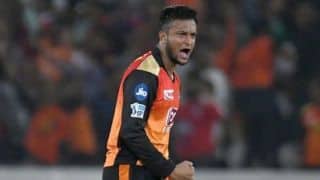