Both teams are without their in-form players of the tournament with the league’s leading wicket-taker Kagiso Rabada ruled out for the reminder of the tournament and for SRH, there is no David Warner and Jonny Bairstow, and without them they have really struggled. But, that makes for an even battle between the two teams.

Delhi Capitals would consider themselves unlucky to be playing the Eliminator of IPL 2019 despite pocketing 18 points, while Sunrisers Hyderabad, with 12 points, have been extremely lucky to find a place in the playoffs.

But, what’s done is done and both the captains – Shreyas Iyer and Kane Williamson – know that they are merely in the quarter-finals stage of IPL 2019 and waiting the winner is a formidable opposition in Chennai Super Kings in Qualifier 2.

With Vishakapatnam hosting the Eliminator, SRH should have had the home advantage, but it is DC who would be licking their chops. For one, they have been phenomenal away from their home of the Feroz Shah Kotla, Delhi were the sluggish track has not really been favourable to their free flowing batters. On the other hand, SRH, playing their league games in the Hyderabad, has helped the likes of Rashid Khan and Mohammad Nabi, which might not be the case at the Dr. Y.S. Rajasekhara Reddy ACA-VDCA Cricket Stadium.

Both teams are without their in-form players of the tournament with the league’s leading wicket-taker Kagiso Rabada ruled out for the reminder of the tournament and for SRH, there is no David Warner and Jonny Bairstow, and without them they have really struggled. But, that makes for an even battle between the two teams.

No injuries worries in the camp and even though they have not managed a win after the departure of David Warner, the return to form of skipper Williamson, who hit an unbeaten 70 against RCB in their last league, comes as a big boost. Martin Guptill has looked good in the two games that he has played and the Vizag track, which provides good amount of bounce early on could suit the New Zealand opener. Expect them to be unchanged.

The are coming off a big win over Rajasthan Royals, but the conditions are very different as they head in to the Eliminator. The have been dented by the loss of Rabada, but in Trent Boult, they have the closest replacement and on his given day, Boult can be as good, if not better, than Rabada himself. A lot with ride of Boult and Ishant to give DC early wickets – in ideal scenario the wickets of Guptill and WIlliamson. In terms of changes, the team they fielded against RR was their best possible XI, without Rabada, and they should stick to it. A foreseeable change could be the addition of leg spinner Sandeep Lamichhane in place of Keemo Paul.

“We don’t have to change much, we have to play the way we have been playing. We need to do the small things right, keep everything simple and stick to our basics, because that is what has helped us in coming this far.” – Shreyas Iyer, DC Captain

“There are some good local players in this team and their form matters a lot. Local players must do well for a team to win the tournament.” – Mohammad Nabi, SRH allrounder 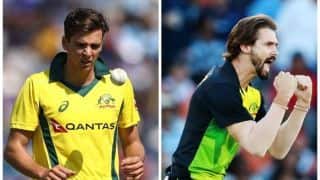 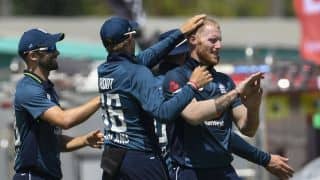