Henriques was unlucky to have twisted his ankle minutes before the toss during a practice session.

Kings XI Punjab might have jumped back into the top-four with their 12-run win over Rajasthan Royals on Tuesday night but have been hit by injury concerns to their two overseas stars Mujeeb-ur-Rahman and Moises Henriques.

Henriques was unlucky to have twisted his ankle minutes before the toss during a practice session needing the help of support staff to even walk. This happened after he was handed his KXIP cap and was all set to make his debut for them before being replaced at the last-minute by David Miller.

On the other hand, spinner Mujeeb hurt his shoulder during the course of the match.

“Moises went on to take a catch during warm ups and injured his ankle while Mujeeb picked up a shoulder injury during the match. Both are awaiting further results,” said KXIP in a statement.

KL Rahul s 52 off 47 balls and David Miller s 40 off 27 balls set base for a big KXIP total, before Ravichandran Ashwin s 4-ball 17 pushed KXIP further. In defence, skipper Ashwin led from the front with 2/24 in his four overs. Debutant Arshdeep Singh claimed 2/43 in his four overs, while Mohammad Shami returned 2/44. 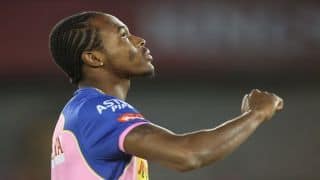 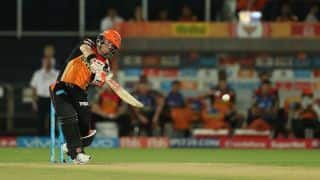