Laxman hopes that it be long before the middle order comes good.

Sunrisers Hyderabad (SRH) will look to resolve their middle-order woes which collapsed against Mumbai Indians (MI) on Monday when they square off against Kings XI Punjab (KXIP) in the Indian Premier League (IPL 2019 )at Mohali. (ALSO READ: Another injury scare for Jasprit Bumrah)

With David Warner and Jonny Bairstow shouldering a major chunk of the run-scoring, the middle-order has failed to rise to the occasion when required. However, SRH mentor VVS Laxman reiterated that the Orange Army have full faith in their middle order. (WATCH: Bruised over the weekend, KXIP, SRH aim to return to winning ways)

Both against Delhi Capitals and then against MI, the middle-order had the chance to reiterate its credentials. While it is true that they didn t deliver the goods on Saturday, we have total faith and belief in their abilities. They have been there and done that, and I don t think it will be too long before they hit their straps, the former India batsman wrote in his column for the Times of India on Monday. (ALSO READ: SRH vs MI, Talking Points: A costly drop and a dream debut)

Pitches that don t facilitate stroke-making often make for low-scoring, and sometimes exciting, contests. If you are bowling first, it is important to stay focused all the way through, and especially at the death because even one or two expensive overs can make a huge difference, Laxman elaborated on SRH s 40-run loss to MI.

Kieron Pollard s innings was extremely critical on Saturday night, especially under the circumstances, and there is something to learn from that for us as a group. 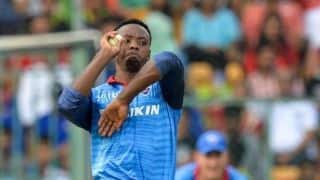 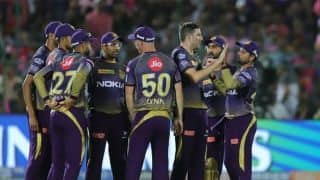