Mumbai start their 2019 campaign against Delhi at home on Sunday at the Wankhede Stadium.

Sunil Gavaskar reckons that Mumbai will present a stronger challenge with their captain Rohit Sharma opening the innings in the ongoing Indian T20 League.

Mumbai, who were the defending champions least season, failed to make the playoffs, finishing fifth in the 2018 standings They start their 2019 campaign against Delhi at home on Sunday at the Wankhede Stadium.

Gavaskar said Mumbai bid smartly at the December auction and the three-time champions will be aiming to leave behind the tag of slow starters.

“Mumbai have won the trophy every alternate year since 2013 and so will be fancying their chances this year,” Gavaskar wrote in his column for The Times of India. “They have bid smartly at the auction and with Rohit Sharma opening the batting they will be hard to stop. They have been slow starters in the tournament over the years which is what they will try and change this year.”

Delhi, who finished with the wooden spoon last year have undergone another round of massive overhaul that include change of ownership, a new name apart from addition of new players. “Delhi have hardly come within sniffing distance of the trophy over the last years and unless things change dramatically, they could be clutching at straws once again,” Gavaskar wrote. 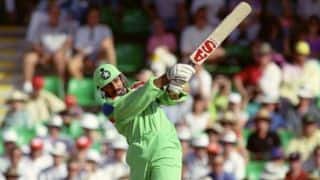