Will MI pull off a trifecta? Or would CSK make their second IPL final in a row? Tuesday makes for a fascinating contest.

Mumbai Indians and Chennai Super Kings are the two most successful IPL franchises in history, and the magnitude of their rivalry makes it, quite simply, the El Clasico of Indian cricket. Put these two winners together and you have all the ingredients of a mouth-watering fixture. The rivalry dates back to 2010, where in the final, CSK trumped MI to lift their maiden IPL title, only to have the tables reversed three years later. If you’ve followed Netflix’s documentary on MI, you’d realise just the kind of odds that are on stake. And for those who haven’t, a cursory glance at the head-to-head record will sum it up. It doesn’t get bigger than this.

This season, CSK are yet to beat their rivals. Add last year’s result of their second meeting to that, CSK have lost to MI thrice in a row. And although there is a second chance for the losing team, neither franchise would want to leave it too late. In terms of confidence, MI are brimming with it, and a large chunk of that has to do with both side’s respective recent patterns. CSK have encountered a couple of stumbles towards the end of the league stage, whereas MI are coming off back-to-back morale-boosting wins, helping them leapfrog their rivals and finish as table-toppers.

What works wonders for MI is that there doesn’t seem to be a single weak link in their Playing XI. Season after season, MI were held back with not making much of the Powerplay, a concern Rohit Sharma and Quinton de Kock have negated this season. De Kock’s form in particular, has been MI’s biggest add-on, emerging as the fourth-leading run-getter of the season with 492 runs. More importantly, his knack of getting Mumbai off to a breeze has taken the pressure off the other batsmen.

Add to that the blistering touch-up from Kieron Pollard and Hardik Pandya, MI have lived up to their reputation of being a batting-heavy franchise. The biggest challenge of the batsmen however would be to adapt to the sluggish Chepauk Surface after the belter of Wankhede.

Like MI, CSK too have stuck to their proven performers, and barring Shane Watson and Ambati Rayudu, who have performed in patches. And the day when MS Dhoni, Imran Tahir or Harbhajan don’t perform, CSK look fragile. The fact that CSK have lost just one game at home this season would buoy them, but that lone defeat came at the hands of MI. Will MI pull off a trifecta? Or would CSK make their second IPL final in a row? Tuesday makes for a fascinating contest.

MI’s bowling was so clinical in the last game, that their batsmen did not even get a chance to get some knocking going. Their core has remained the same with Lasith Malinga, Kieron Pollard, Hardik Pandya, Krunal Pandya, Suryakumar Yadav, Rohit, de Kock and Rahul Chahar a certain lock. Mitchell McClenaghan is likely to hold on to his place as the third seamer, with Rahul and Krunal serving as the two spinners.

With Kedar Jadhav ruled out, the middle order can subject itself to various combinations. CSK can give young Dhruv Shorey another opportunity in the middle order or replace Dwayne Bravo with Mitchell Santner considering the surface. But knowing it’s the Playoffs, keeping Bravo out would be a bold call. Dropping Watson for Santner also makes sense, meaning Rayudu can open with Faf du Plessis, but CSK don t believe in chopping and changing much 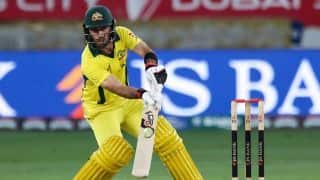