Put in to bat, SRH were off to a flying start as Wriddhiman Saha and Martin Guptill scored at a brisk pace. However, just before SRH could cross fifty, Navdeep Saini gave RCB their first breakthrough as he dismissed Saha for 20.

RCB pushed SRH on the backfoot as Washington Sundar, who replaced Pawan Negi in the playing XI, struck twice in his first over as the visitors lost Guptill and Manish Pandey, who had scored three fifties in last four games.

Williamson, who had failed to score big in this season, and Vijay Shankar then joined hands and put up 45-run stand. However, Washington Sundar once again came to RCB s rescue in the 14th over as Vijay Shankar, who had hit the off-spinner for two sixes in the over, played a shot too many and was caught at the short fine-leg.

However, the SRH skipper stayed put and then launched into the attack in the last over, targetting Umesh Yadav, as SRH scored as many as 28 runs in the final over to sail past 170-run mark. 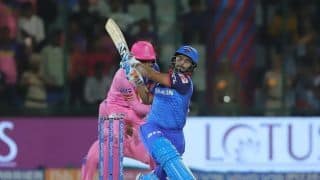 IPL 2019, DC vs RR: First we thought of finishing the chase in 10 overs, happy to face anyone in the playoffs: Rishabh Pant 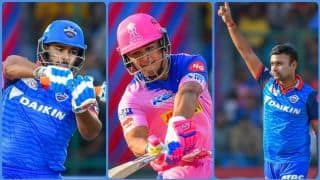