In a departure from the past decade, this year's event will be held on December 18.

The scheduling of the Indian Premier League 2019 player auction this month has reportedly drawn criticism from inside the BCCI for the fact that it clashes with the Syed Mushtaq Ali Trophy, the official T20 tournament in India’s domestic calendar.

In a departure from the past decade, during which IPL player auctions were usually held in January-February, this year’s event will be held on December 18 in Jaipur from 3-9:30pm. In the absence of an IPL governing council, the decision to have the player auction in mid-December – during the 2018-19 Ranji Trophy – has apparently left insiders miffed.

A Times of India report quoted an unnamed BCCI official as saying that the shift from having the Syed Mushtaq Ali Trophy after the IPL player auction to before it has proven problematic for franchise scouts, who are now unable to spot talent for the 12th edition of the league.

“The technical committee and the fixtures committee scheduled the tournament keeping the IPL auctions in mind. However, it’s strange how the IPL auction could be slotted two months ahead of the domestic T20 tournament since there is no GC functioning and no office-bearers was kept in the loop,” a BCCI official was quoted as saying to TOI. “It would have been ideal for the players from these states if the Mushtaq Ali tournament was played earlier. They could have showcased their prowess in the shortest format.”

The report also quoted an unnamed IPL franchise official as saying: “This year, the IPL franchises will depend on the Indian talent since a lot of marquee overseas players will be unavailable. Picking names in the middle of the season and three months before the IPL also increases the chances of players getting injured.”

Unlike previous auctions, this year’s auction will be a one day affair and a only 70 players — 50 Indians and 20 overseas — will be up grabs with eight teams left with a total purse of Rs 145.25 crore. Following the deadline for franchises to extend player contracts, 130 players including 44 overseas were retained by the eight IPL franchises. 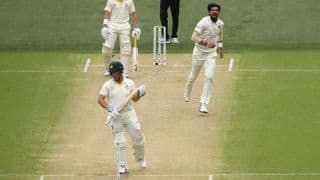 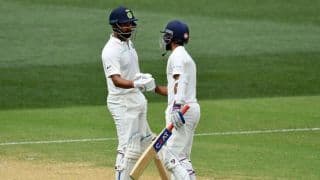