After releasing as many as 12 players, IPL's most successful franchise - MI will look to fill seven slots available - five domestic and two overseas - ahead of the players' auction in Kolkata on December 19. Indian Premier League’s (IPL) most successful franchise – Mumbai Indians will once again start as the hot favourites to lift the title in the upcoming 13th edition of one of the most followed T20 leagues around the world.

At the much-awaited IPL Player Auction, scheduled to be held on December 19 in Kolkata, Mumbai Indians will look to fill seven slots – five domestic and two overseas – with a purse of Rs 13.05 crore.

For the 2020 edition, MI team management has reposed its faith in seasoned campaigners by retaining their core group.

They, however, have released some prominent names which include the likes of Yuvraj Singh, Evin Lewis, Jason Behrendorff, Alzarri Joseph and Ben Cutting.

Here are the five players whom MI will be targeting at the players’ auction:

After setting the stage on fire during Marsh Cup, Australia’s domestic one-day tournament, where he scored 409 runs at 81.80, Finch is likely to be on the radar of most teams. At the ICC Cricket World Cup 2019, Finch led from the front as Australia made the semis, racking up 507 runs at an impressive average of 51 in 10 matches. The 33-year-old continued his form in the English T20 blast where he scored 398 runs from 13 games at an average of 36.18 including a blistering hundred.

With Evin Lewis being released, MI will look to stock up their top-order with the inclusion of Finch. The Australian’s T20 stats – 8440 runs in 271 matches at an average of 35.75 – also justifies his importance in the shorter format.

One of the most-talked-about young cricketers in the country at the moment – 17-year-old Yashasvi Jaiswal can easily start a bidding war. At the base price of Rs 20 lakh, Yashasvi could easily be one of the top draws.

Yashasvi hogged the limelight during the Vijay Hazare Trophy 2019-20, where he became the youngest batsman to score a double century in List A cricket. He amassed 564 runs at a staggering average of 112.80 with three hundreds and a fifty. For MI, the Suriyawan-born batsman could provide a perfect back-up to Quinton de Kock for the opener’s slot.

Standing at the fourth position in all-time wicket-takers list in IPL, Piyush Chawla is one of the most underrated bowlers of the T20 competition. Despite playing second fiddle to Kolkata Knight Riders star spinner Sunil Narine, Chawla himself has accumulated 150 wickets at a decent economy rate of 7.82 which speaks volumes of his utility as a T20 bowler.

With KKR releasing him from the squad, the 30-year-old leggie’s rich experience makes him an attractive option. With the likes of Jasprit Bumrah, Trent Boult and Lasith Malinga – MI’s bowling department, especially the fast bowling, looks quite strong. But they lack experience when it comes to spin and Chawla can easily fill that void for the title holders.

After missing out on a contract last year – Ravisrinivasan Sai Kishore put in the hard yards in the domestic circuit and has presented a stronger case. After a fabulous Ranji Trophy campaign with Tamil Nadu last season, the 23-year-old spinner shone with the ball during Syed Mushtaq Ali Trophy as well where he claimed 20 wickets at an economy rate of 4.63.

Sai Kishore’s brilliant performance played a pivotal role in taking Tamil Nadu to the summit clash of the domestic T20 tournament where they lost to Karnataka by a narrow margin.

Carrying on his blistering form in limited-overs cricket, West Indies young sensation Shimron Hetmyer will easily be one of the most-sought after cricketers. The 22-year-old Hetmyer was released by Royal Challengers Bangalore (RCB) after a poor outing with the franchise last season where he managed just 90 runs from five matches.

But going by his recent form, Hetmyer’s stakes will be extremely high after he finished as the highest run-getter in the T20I series against India (120 in three matches, at a strike-rate of 151.89). In the 1st ODI, the Guyanese smashed his way to a fifth ODI ton off just 85 balls. He also bettered teammate Shai Hope’s record (46) of taking the fewest ODI innings to reach five international 100s (38) for West Indies. Hetmyer’s inclusion will also provide depth to MI middle-order which lacks the presence of an overseas batman. 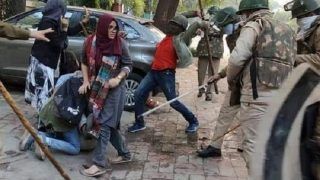 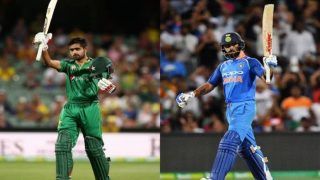