IPL 2020: Bhuvneshwar Kumar And Amit Mishra Ruled Out of Season Due to Injuries

IPL 2020: Bhuvneshwar Kumar And Amit Mishra Ruled Out of Season Due to Injuries 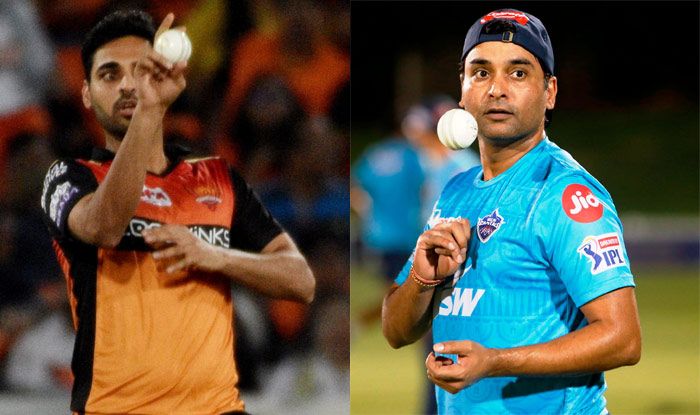 In a major blow to Sunrisers Hyderabad, senior pacer Bhuvneshwar Kumar has ben ruled out of the entire IPL 2020 after sustaining injury while bowling against Chennai Super Kings.

Bhuvi ended up with a thigh muscle injury while bowling the 19th over of CSK innings in Dubai on October 2 following which he sat out the entire match. He subsequently missed their next match against Mumbai Indians.

“Bhuvneshwar Kumar is out of IPL with a thigh muscle injury. It is probably a grade 2 or 3 injury, which could mean that he would be out for at least 6 to 8 weeks. It might effectively rule him out of India’s tour of Australia,” a senior BCCI official told PTI on conditions of anonymity.

While the extent of the 30-year-old’s injury is not clear, it is expected to heal in at least six to eight weeks. This means he’ll in all likeliness miss India’s tour of Australia scheduled for December during which they are to play four Tests.

His rehabilitation will be looked after the BCCI as h’s a centrally contracted player.

Amit Mishra of Delhi Capitals has also been ruled out of remained of the season.

The 37-year-old sustained a flexor tendon injury to the ring finger of his bowling hand whilst attempting to take a return catch off his bowling against the Kolkata Knight Riders in Sharjah on 3rd October.

“Mishra will now consult with a specialist over the next few days to determine the most appropriate course of management for this unfortunate injury,” DC said in a statement on Monday.

Mishra’s absence will hurt DC as he would have been key in bigger grounds as his performance against CSK and KKR showed.

The franchise has Nepal’s Sandeep Lamichhane as a replacement finger-spinner.

The spin department will now be mainly led by Ravichandran Ashwin and allroundrr Axar Patel. 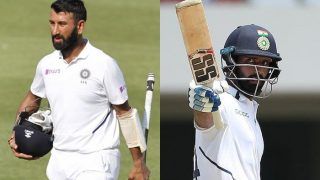