Sisodia's comment comes on the backdrop of IPL governing council's meeting set for Match 14 (Saturday) to take stock of the situation regarding the tournament. Delhi’s Deputy Chief Minister Manish Sisodia on Friday said no Indian Premier League (IPL 2020) matches will be held in Delhi amid the COVID-19 (Coronavirus) threat. In a press conference held in the national capital, Sisodia said that the government has decided to ban any sports activity where people will gather in huge numbers like IPL.

Sisodia’s comment comes on the backdrop of IPL governing council’s meeting set for Match 14 (Saturday) to take stock of the situation regarding the tournament.

“No sports activities, seminars, conferences in Delhi for a month in view of coronavirus. Our intention is to stop large gatherings,” said Sisodia.

Delhi had earlier decided to shut schools, colleges as well as cinema halls till March 31 in view of rising Coronavirus cases. “The city government has declared coronavirus an epidemic,” Chief Minister Arvind Kejriwal had said on Thursday.

This puts IPL 2020 in further doubt after advisories from the Ministry of External Affairs also advised against hosting the tournament. IPL on its part is mulling to go ahead with matches being played behind closed doors.

With Indian government’s tourist visa suspensions till April 15, overseas players in the league are in limbo and their participation also in severe doubt. Earlier, the Maharashtra government had stalled the ticket sales for the league. Ministry of Health and Family Welfare on Friday confirmed the total number of confirmed COVID-19 cases across India (including foreign nationals) rising to 75.

IPL 2020 is scheduled to begin on March 29 and it was earlier reported that the franchises are not keen to go ahead with the tournament without the foreign players. That would mean IPL may need to be postponed till April 15. That will have a domino effect with a rejig on the schedule to cramp more matches in a shorter time frame effectively meaning more double-headers and going back to the two groups format employed during 2011 edition.

Cancellation of the event too cannot be ruled out, but that is highly unlikely. 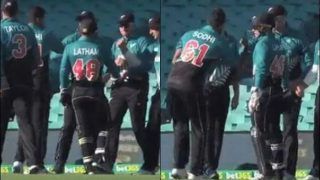 Here’s why spectators are must for cricket matches