Dhoni was spotted passing invaluable tips to the bowler - and as expected this gesture is winning the social sphere. 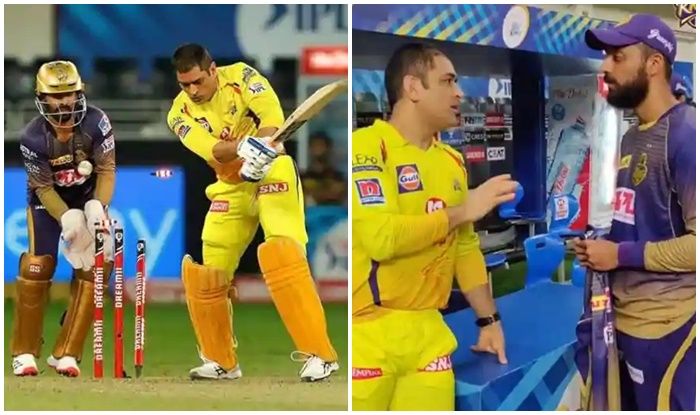 MS Dhoni is once again winning hearts on social media! This time Varun Chakravarthy – who has earned his maiden national call recently – is a part of the reason. Chakravarthy clean bowled Dhoni during Chennai versus Kolkata in Dubai on Thursday. After the match, Dhoni was spotted passing invaluable tips to the bowler – and as expected – this gesture is winning the social sphere.

The Knight Riders franchise posted the moment on Twitter. It read: “From admiring him from the stands at Chepauk, to now…@chakaravarthy29’s fairytale continues!”

Dhoni after every match to youngsters: pic.twitter.com/n0pijPRT9E

This is not the first time Dhoni has been seen guiding someone. Surely, Dhoni’s tips would help Chakravarthy become a better bowler.

Earlier, Dhoni was bamboozled by the delivery that led to his dismissal. Chakravarthy had picked up a five-wicket haul in the tournament earlier and has looked in top form and that is also the reason why he has been picked for the tour of Australia.

After the game, Dhoni also gifted Nitish Rana and Kuldeep Yadav his iconic jersey No 7. Rana’s expression on receiving the jersey is also ruling hearts.

Chasing KKR’s 172/5 wickets, CSK ended their innings on 178/4 wickets off 20 overs at the Dubai International Stadium. The defeat keeps KKR in fifth place on 12 points with one game left to play. Their inferior net run rate puts them below Kings XI Punjab, with whom they share 12 points. The result also confirms league leaders Mumbai Indians’ qualification for the playoffs. 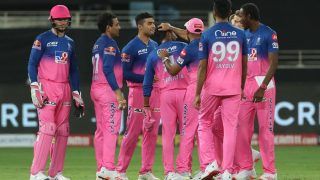 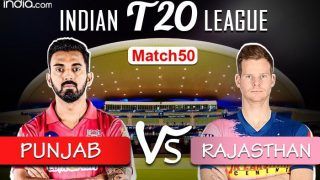