IPL 2020 Final, MI vs DC: Gautam Gambhir Picks Marcus Stoinis as Captain in His Fantasy Team, Gets Trolled After Capitals Opener Gets Bowled by Trent Boult in Dubai

Gambhir - who had picked Stoinis as the captain of his fantasy team - faced the heat after his poor show during the summit clash. 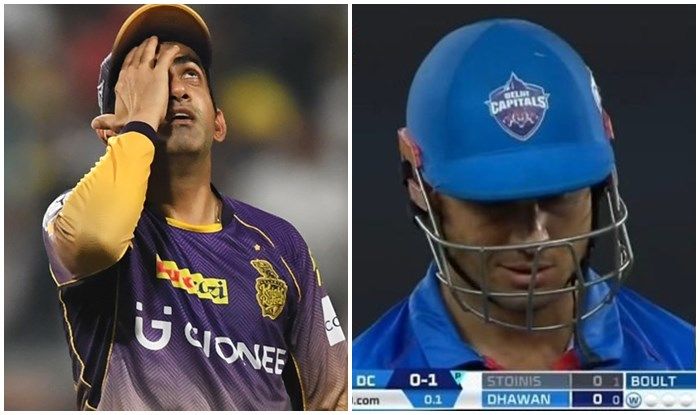 Former India cricketer Gautam Gambhir faced the heat on social media after Delhi Capitals opener Marcus Stoinis registered a golden duck in the IPL final against Mumbai Indians in Dubai on Tuesday. MI seamer Boult dismissed him on the very first ball of the match. Gambhir – who had picked Stoinis as the captain of his fantasy team – faced the heat after his poor show during the summit clash.

I have picked Marcus Stoinis as captain of my fantasy XI for the #IPL2020 final. Among the bowlers, I have gone for @ashwinravi99 over Anrich Nortje.

This is some serious class, sir.

Whenever he backs any player or team , that team or player doesn’t perform

In cricket if you speak in hindsight you’re a cheap analyst unlike Gambhir who sticks to what he says and has done what he claims.

Gambhir picked Stoinis as the captain of his team because of his good all-round show in the tournament, where he amassed 352 runs in 17 matches and picked up 12 wickets as well. Coming in late in the order, Stoinis gave Capitals the finish they were looking for in some matches and also did a decent job when he opened the batting before the final.