Pacer Jofra Archer has been named Most Valuable Player at this year's IPL after a stellar campaign for Rajasthan Royals.

After nearly two months of thrilling non-stop cricketing action, the 13th edition of the Indian Premier League season finally comes to an end in Dubai on Tuesday. Mumbai Indians registered a clinical five-wicket win over Delhi Capitals to cap off another memorable season in the world’s most lucrative T20 competition. Skipper Rohit Sharma led from the front and played a brilliant 68-run knock to guide Mumbai to their record-extending fifth IPL title. In a premier T20 competition like IPL, we witnessed some excellent individual performances from the world’s best cricketers on the shores of UAE. But there could only be one winner of the Most Valuable Player award, and it went to Rajasthan Royals speedster – Jofra Archer.

Archer bagged the ‘Most Valuable Player’ award in IPL 2020 edition after a stellar campaign for Rajasthan Royals. While the Royals failed to qualify for the IPL playoffs, the 25-year-old Archer put in exemplary performances with both bat and ball to stamp his class in the world’s most-followed T20 league.

Archer, who was in contention for the Purple Cap – most wickets in the tournament – as long as Rajasthan were in the tournament, finished with 20 wickets from 14 games at a phenomenal economy rate of 6.55. His bowling strike-rate of 16.70 was also amongst the best in the tournament. The England fast bowler also delivered an incredible 175 dot balls which helped him accrue 305 MVP points.

It’s an exceptional feat for someone who bowls the majority of his overs in the Powerplay and at the death.

He finished at the seventh position in the top-wicket taker’s chart.

Archer also made some vital contributions for the Royals with bat in hand, as he scored 113 runs at a strike rate of 179.36. “I am really grateful to receive this award,” Archer said. “The season did not go for the team as well as we would have liked but I hope this shows a little bit of what I can do and hopefully I can get it another year as well.”

Despite his heroics with bat and bowl, Archer failed to inspire his franchise Royals into the playoffs. However, he showed once again why he is considered to be one of the best bowlers in limited-overs cricket. 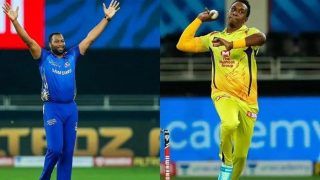