In the Super Over, Chris Gayle struck a six off the first ball of the chase before opener Mayank Agarwal smashed successive fours to take Punjab over the line. 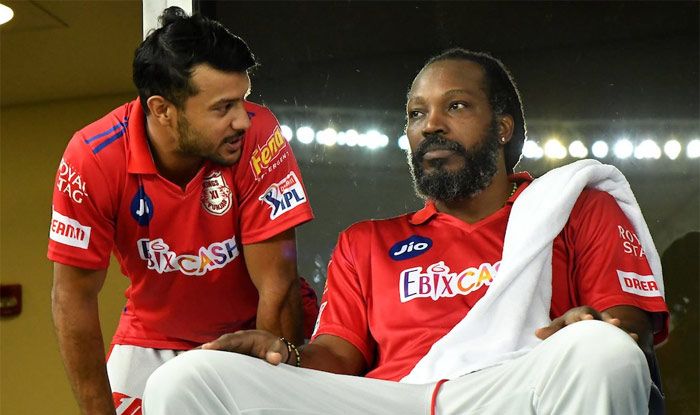 Kings XI Punjab were in a comfortable position chasing the target set by Mumbai Indians before they let it slip and eventually the match was decided by two Super Overs. KXIP opener Chris Gayle has revealed he was angry with how the contest had shaped up despite his team in the pole position.

After the first Super Over also ended in a tie, MI set KXIP 12 runs to win. Gayle struck a six off the first ball of the chase before opener Mayank Agarwal smashed successive fours to take Punjab over the line.

When asked whether he was nervous, Gayle replied in negative, saying he was a bit angry and upset.

“No, I wasn’t nervous. I was a bit more angry and upset that we got ourselves in this position. But it’s a game of cricket and these things do happen,” Gayle told Agarwal and Mohammad Shami during a post-match show for IPLT20.com.

“Even when we were going out to bat (in the second Super Over) you asked me ‘who is going to face the first ball’. I was like ‘Mayank you really asked that question? It has to be the boss who faces the first ball’,” he added.

Right-arm pacer Mohammed Shami was the hero for KXIP in the first Super Over as he defended a modest five runs.

“Shami is the man of the match for me. To defend six runs against Rohit (Sharma) and (Quinton) de Kock, that’s fantastic. That’s a great job.” I have faced you in the nets and I know that you can nail those yorkers, and nail them well. Today he came and delivered and brought it home for us,” Gayle said of Shami.

Shami’s yorkers kept MI chasers quiet and he said the margin of error being so less meant he only did what he knew best. “It was very difficult. When you get 15-17 runs to defend in the Super Over, it’s a different matter altogether. You believe at the back of your mind that you can do it. But when the margin of error is so less, you focus on what you can do best. I believe a lot in myself. When I was going back on the top of my mark every ball, I was saying to myself, ‘This last ball was great. The next ball will be great too’. I repeated that six times,” Shami said.

This was the second time this IPL season that KXIP found their fate being decided in a Super Over. They were beaten by Delhi Capitals earlier in the tournament after a botched up chase.

“The game against Delhi Capitals came to my mind. However, Gayle told me ‘Mayank, just watch the ball and the rest will be fine’,” said Agarwal.

“And that was all that I had in my mind that I have to watch the ball and hit it. I didn’t think about taking ones and twos. I was determined to hit a boundary and luckily it did happen,” he added. 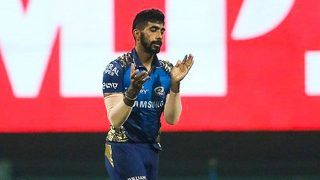 IPL 2020: World-Class Jasprit Bumrah 'Has Taken Over The Mantle From Lasith Malinga' 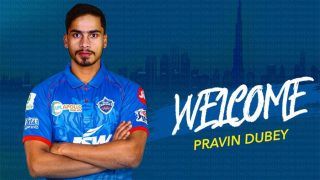