BCCI has agreed to Star's demand of removing double headers but the franchisees are reluctant to start the games early. IPL Governing Council has been told by the host broadcaster that they do not want weekend double-headers and that the timing of the matches be advanced by at least thirty minutes so as to ensure they end before midnight.

Star says that the 4 pm games have affected their TRPs.

Excluding double-headers will extend the duration of IPL and few foreign stars would also be busy with international duties. So the BCCI has been forced to start the season early from March 29 rather than in April as has been the tradition in order to ensure the league wraps up by May end.

The New Zealand-Australia T20I series will end on March 29 while Test series between England and Sri Lanka is till March 31. Players belonging to these teams will thus join their respective franchisees late affecting their campaign at the early stage of the season.

“Had we gone in with double headers, we could have had our foreign players with us from the start of the tournament. Since that isn’t an option even on weekends, so we must start early so that the tournament ends by the last week of May. So, we have to do without our foreigners in the beginning,” an unnamed franchise official told IANS.

“If you are living in a metro, you do know the kind of traffic issues there is say in Delhi, Mumbai or Bengaluru. Do you seriously believe that it is possible for people to leave office at around 6 p.m. and then come into the stadium with their families by the time the game gets underway? This is an area that needs to be taken into consideration before changing the timing of the game,” the official said.

BCCI has agreed to Star’s demand of removing double headers but the franchisees are reluctant to start the games early as bringing crowd to the stadiums will be difficult during the working days.

Another official said, “See, we do agree that not just the broadcasters, even the franchises are affected revenue wise when you have a 4 pm game. But what you also need to realise is that the IPL is as much about the game of cricket as it is about getting kids and families to the stadium.”

“Now, having kids to watch an afternoon game is a little easier in the weekend because that doesn’t hurt their schedule as such. To have the kids go back home late into the night isn’t something that is encouraged,” the official added. 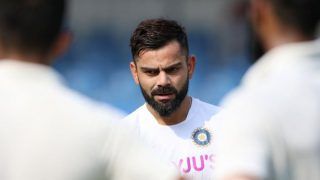