Kagiso Rabada, Jasprit Bumrah, KL Rahul and Shikhar Dhawan will be hoping to end with the top honours. 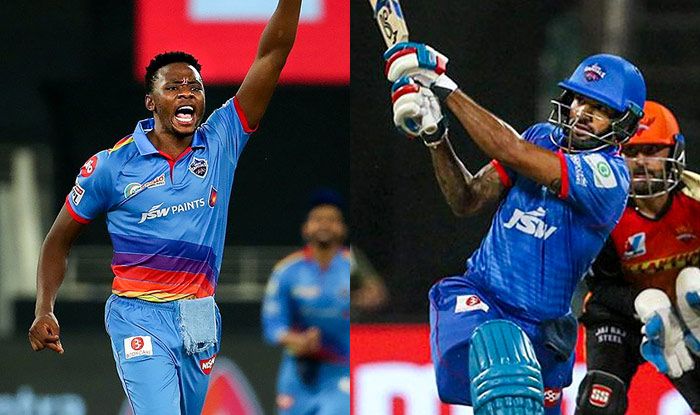 The race for the Purple Cap and Orange Cap continues with just one game remaining in the ongoing IPL season. KL Rahul has maintained his firm grip as the leading run-getter while Kagiso Rabada churned out a match-winning performance on Sunday night to become the leading wicket-taker.

However, Kings XI Punjab captain Rahul is in danger of losing the Orange Cap to Delhi Capitals opener Shikhar Dhawan who scored yet another half-century in IPL 2020 to close down the gap.

Rahul had an excellent season scoring 670 runs in 14 innings including a century and five fifties. However, his KXIP failed to make the playoffs.

On the other hand, Dhawan has made two centuries and four fifties for his 603 from 16 innings. DC have made the final meaning the opening batsman has a realistic chance of finishing as the tournament’s top run-getter, needing 68 runs to do so.

Dhawan scored 78 off 50 to help DC to 189/3 in the second qualifier against Sunrisers Hyderabad, a total which proved to be enough for them to enter their maiden IPL final.

Among the bowlers, the race is heating up. Mumbai Indians pacer Jasprit Bumrah has lost the Purple Cap to DC’s Kagiso Rabada. However, only two wickets separate the duo.

Rabada took 4/29 against SRH to take his tally to 29 wickets from 16 matches.

Bumrah, who has 27 wickets. isn’t far behind and it will come down to the final on Tuesday between MI and DC to decide the winner.

MI will be aiming for a record-extending fifth IPL title in their sixth final, DC will be hoping to cap of a roller-coaster season with their first ever trophy.

After finishing second in the points table, DC lost to MI in the first qualifier before edging past SRH in a thrilling second qualifier by 17 runs.

This will be the fourth time this season the two teams will be squaring off.

MI have won all three previous meetings and DC will be itching to break the run in the finale. 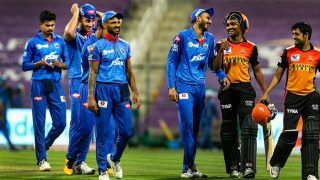 IPL 2020, DC vs SRH: 'We Stuck Together Like a Family', Delhi Captain Shreyas Iyer Praises Team After Entering Maiden Final