A team that has just won its first match after a string of three straight defeats faces another that has also not yet quite hit the ground running. Overall, CSK have won two of their five matches while KKR have tasted victory in two of their four matches.

CSK and KKR have met 23 times before. CSK have won 14 times while KKR took the honours in eight. One ended in a no result. In their last meeting, Chennai won by five wickets with Imran Tahir taking 4/27 including the big wicket of Andre Russell.

A hot day it will be. No, there won’t be any respite once the sun goes down either. The temperature will soar to a high of 37 degrees Celsius and only climb down to a low of 30 degrees Celsius. And bonus: It will be humid.

Take your time and then go big. That has been the mantra on this Abu Dhabi surface so far. RCB captain Virat Kohli roared back to form in this manner. MI’s Suryakumar Yadav batted in a similar fashion. CSK have several batters in their line-up who pace their innings in this manner. KKR are not short of options either. Teams winning toss have opted to bat first here in the past two matches. 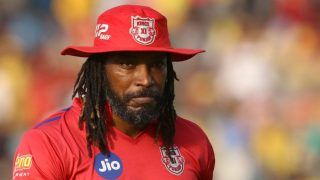