Ravindra Jadeja, who struck an unbeaten 11-ball 31, turned around after hitting the final six and pointed to his name at the back of his jersey. 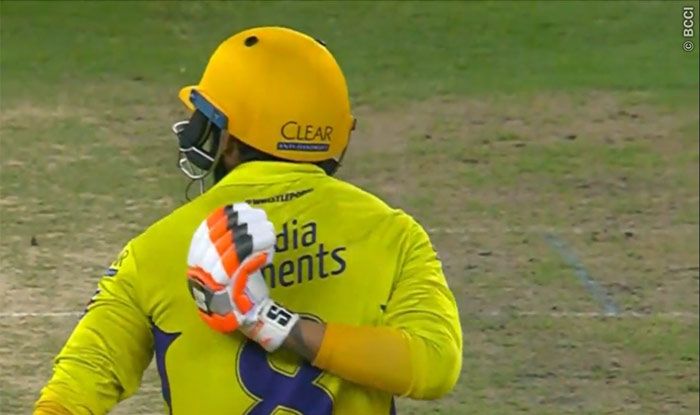 Ravindra Jadeja stole the limelight on Thursday night with his blistering innings that concluded with a last-ball six and a thrilling win for Chennai Super Kings over Kolkata Knight Riders in Dubai. Chasing 173, Jadeja hit back-to-back sixes off the final two deliveries as CSK overhauled the target for their fifth win of the season.

Batting first KKR rode on a superb innings from Nitish Rana (87) to post a challenging total. However, CSK youngster Ruturaj Gaikwad made 72 before Jadeja’s pyrotechnics the three-time champions winning off the last delivery of the innings.

Jadeja, who struck an unbeaten 11-ball 31, turned around after hitting the final six and pointed to his name at the back of his jersey. However, he may have forgotten that on IPL jerseys, the name of a player is printed at the bottom with the name of the sponsor at the top followed the by jersey number.

On CSK’s jersey, their tagline #WhistlePodu is printed at the top followed by their owner’s name – India Cements, jersey number and then player’s name.

Jadeja began pointing to the team owner’s name that sparked hilarious responses on micro-blogging website Twitter. His celebrations even made India Cements a top trending topic for some time.

The allrounder may be forgiven considering the name of a cricketer is printed at the top on India jerseys and he may have forgotten that teeny-tiny change.

Here are few of the reactions:

A fantastic inningd by #jadeja.

Remember the name. One and only India Cements pic.twitter.com/4ll9E4NjQd

Meanwhile, CSK win means KKR’s chances of making it to the playoffs have been severely dented. It also means that defending champions Mumbai Indians, who started the season with a defeat, have become the first team to make the playoffs. Barring CSK, the remaining six teams are still in contention for a top-four finish with Royal Challengers Bangalore, Delhi Capitals and Kings XI Punjab leading the race. 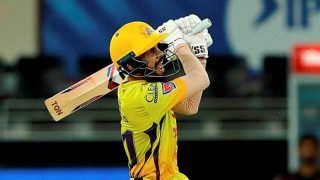