Tambe was selected by KKR during IPL auction last year for a base price of Rs 20 lakh.

Pravin Tambe’s fairytale has been cut short by BCCI as the board has barred the leg-spinner from participating in the upcoming edition of Indian Premier League (IPL), beginning March 29. Tambe, who became the oldest player to bag an IPL contract in December last year, has been disqualified from taking part in the cash-rich tournament. The 48-year-old Tambe was picked up by the Kolkata Knight Riders (KKR) for a base price of Rs 20 Lakh in the IPL auction.

Tambe faced the disqualification for his appearance in the T10 League in UAE in 2018. IPL chairman Brijesh Patel has informed two-time champions KKR about the decision to disqualify Tambe from the upcoming season. “He [Tambe] won’t be allowed to play IPL,” Patel was quoted by The Indian Express.

“He [Tambe] won’t be allowed otherwise we have to allow everyone,” he added.

As per the BCCI policies, active players cannot take part in T10 or T20 tournaments organised by other boards. Only retired players can participate in these tournaments.

“The board only allow players to play in one day, three day, four day and county cricket and each player has to seek BCCI and respective state association’s no-objection certificate.”

Last year, Yuvraj Singh also played in the Global T20 League in Canada. The star all-rounder, however, had announced his retirement from international cricket prior to his appearance in the league.

Former Indian opener Virender Sehwag had also followed a similar suit to play in an edition of the T10 League.

The 13th edition of the IPL begins on March 29 at the Wankhede Stadium. In the opening contest, defending champions Mumbai Indians will take on MS Dhoni’s Chennai Super Kings. 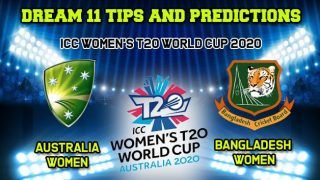