IPL 2020: Check out who is at the top of the points table and who is leading the race to win the Purple Cap and Orange Cap this season. 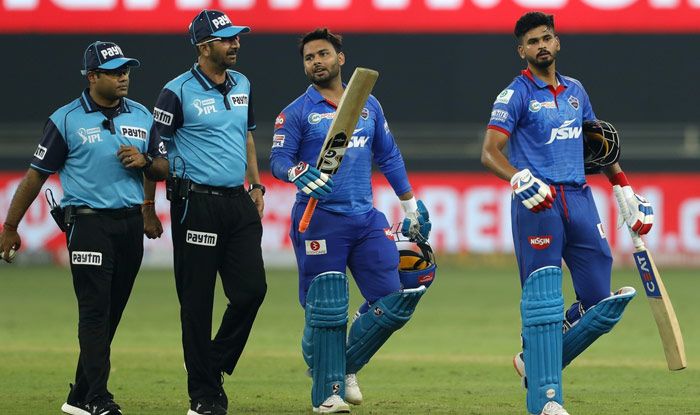 Breath in. Breath out. Repeat three times. Now, relax. If you still haven’t recovered from what happened between Delhi Capitals and Kings XI Punjab, this little exercise should calm down your nerves a bit. It’s been just two days since IPL began and we already have seen a Super Over thriller.

DC were languishing at 100/6 after 17 overs, finished with 157/8 thanks to an astonishing assault from Australia allrounder Marcus Stoinis. Their opponents, KXIP, who were struggling at 55/5 after 10 overs, recovered and levelled the scores with three deliveries remaining.

Stoinis was bowling that 20th over and off the final three deliveries, he produced two wickets and a dot.

The match went into Super Over and Kagiso Rabada stepped up to removed KL Rahul and Nicholas Pooran with KXIP managing just two runs. Thankfully, the contest by then had exhausted its quota of twists and turns with DC overhauling the target without drama and taking two points.

MS Dhoni’s Chennai Super Kings are at the top spot thanks to a superior net run-rate while DC have entered at the second spot. KXIP are third while defending champions Mumbai Indians are last.

Mayank Agarwal, who single-handedly rescued KXIP with a well-crafted 89 off 60 has taken the Orange cap from CSK’s Ambati Rayudu. Faf du Plessis completes the top-three followed by Stoinis at fourth and Saurabh Tiwary at fifth spot.

Mohammed Shami, with his outstanding spell of 4-0-15-3 against DC on Sunday night, is the leading wicket-taker after the opening weekend. He’s followed by CSK’s Lungi Ngidi (three wickets) at the second spot and KXIP teammate Ravichandran Ashwin (two wickets) at no. 3. 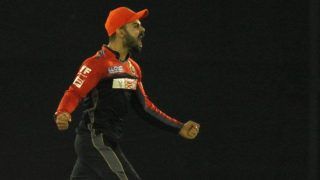 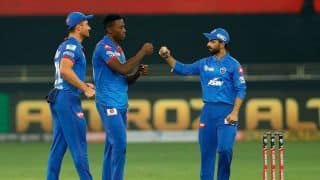