Here we take a look at the chances of all the six contenders who are still hoping to make the IPL 2020 playoffs. 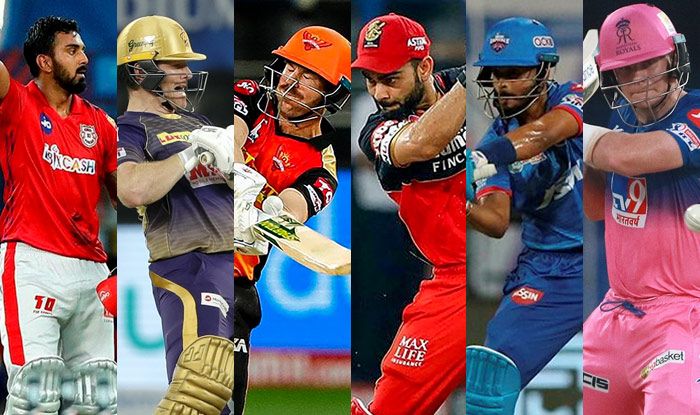 We are into the final IPL 2020 weekend double-headers and still one team has been able to make it to the playoffs now. Rajasthan Royals dominating win over Kings XI Punjab on Saturday has not only brightened their own chances but also given hopes to other teams including the likes of Kolkata Knight Riders and Sunrisers Hyderabad. However, all is not lost for KXIP either as they are also in with a chance to sneak into the playoffs.

Virat Kohli’s men have two matches remaining and they should progress by winning either of them. Losing both will bring the net run-rate into play but then their fate will be dependent on other results. Defeats in their remaining games will dent their NRR meaning other teams on same points but with better run rates will sneak ahead.

Shreyas Iyer and Co. have their task cut out. They face two of the top performing teams of the ongoing season for their final two matches. A win in either will seal their spot but defeat in both will most likely be out of the race as their NRR will be severely damaged making it possible for other teams to march ahead.

With a NRR of -0.467, KKR not only have to win their final match but also hope SRH lose at least on of their remaining two matches and KXIP lose their last match too.

KXIP have to defeat in-form Chennai Super Kings who have won their previous two matches after already been eliminated from playoffs race. However, if SRH win both their matches and the one losing the DC-RCB clash finishes on a better NRR, KXIP are out. In case SRH lose one of their matches, KXIP’s chances will get an enormous boost.

They may have renewed their hopes with a big win over KXIP but RR still have to rely on other results. They have to win their final match, against KKR on Sunday and then hope KXIP lose their final match and SRH lose at least one of their remaining two. This will ensure they qualify without bringing NRR into play. But they can also qualify on NRR should DC or RCB remain on 14 points.

KXIP losing to RR means only three teams can now collect 16 points. This, in turn, boosts SRH’s prospects as they now just have to win their final two matches without depending on other results. But a defeat in either will close the door. 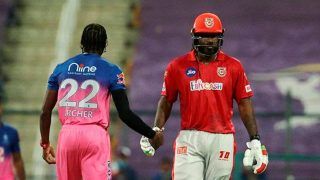 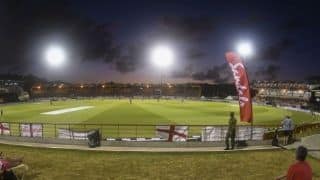