Dream11 IPL 2020, CSK vs RR 2020 Scorecard: Check the latest ipl 2020 points table after the match no. 37 of the Indian Premier League between Chennai Super Kings and Rajasthan Royals and also see the Orange Cap and Purple Cap holder in the ongoing IPL 2020.

IPL 2020 Points Table Latest, CSK vs RR 2020: Former champions Rajasthan Royals registered a convincing seven-wicket win over three-time winners Chennai Super Kings, a result that lifted them from the bottom of the IPL 2020 table and kept them afloat in the 13th edition of Indian Premier League. While the verdict catapulted Rajasthan to the fifth spot on the points table – thanks to Jos Buttler’s 48-ball 70 not out and fast bowler Jofra Archer’s miserly spell — the defeat pushed the Mahendra Singh Dhoni-led CSK to the brink of elimination from IPL 2020.

Chasing CSK’s 125/5 in 20 overs, RR finished at 126 for three wickets in 17.3 overs. Before the game started on Monday, RR were lying at the bottom of the eight-team points table with a net run rate of -0.778. After they won with 2.3 overs to spare, thanks to Jos Buttler’s 48-ball 70 not out, they climbed to the fifth spot with eight points from 10 matches. Steve Smith’s team now has a NRR of -0.591 and is back in the race to qualify for the playoffs. The top four teams on the points table qualify for the playoffs after each team has played 14 matches each in the IPL 2020 league phase.

CSK have looked under the weather this season and the defeat at the Sheikh Zayed Stadium has pushed them to the bottom of the points table, with an NRR of -0.463. Although SunRisers Hyderabad (+0.008) and Kings XI Punjab (-0.262) also have six points each, they have better NRR than CSK.

Delhi Capitals are atop with 14 while Mumbai Indians and Royal Challengers Bangalore have 12 points each. All three teams have played nine matches so far. CSK will now have to win all four matches and pray to qualify for the playoffs – a task that seems extremely difficult, but mathematically not impossible. Earlier, CSK won the toss and batted in a match that was Dhoni’s 200th in the IPL; he thus became the first player to reach 200. Chasing a meagre 126-run target, RR endured some early blows. However, Buttler’s blistering 70 not out snatched a much-needed win for his side.

No major changes as CSK opener and ace Protea batsman – Faf du Plessis failed to make any significant contribution during match 37 of IPL 2020 between Chennai and Rajasthan on Monday. Du Plessis was out for 10 against Rajasthan. He remains at the third position in the IPL 2020 Orange Cap list with 375 runs in 10 matches. Kings XI Punjab captain KL Rahul continues his domination at the IPL Orange Cap 2020 tally with his numero uno spot looking untouched with – 525 runs – in nine matches. He played a brilliant knock of 77 against Mumbai on Sunday which kept Punjab in the game single-handedly. Rahul’s compatriot and opening partner Mayank Agarwal is at the second position with 393 runs. Rahul and Mayank are the only players to have scored centuries in this year’s edition of the IPL so far. Delhi Capitals veteran batsman Shikhar Dhawan (359 runs) and RCB captain Virat Kohli (347 runs) occupy the fourth and fifth spot respectively.

Rajasthan Royals ace pacer Jofra Archer, who bowled a miserly spell of 1/20 against Chennai Super Kings on Monday has climbed to the fourth position in IPL 2020 Purple Cap tally. Archer has 13 wickets in 10 matches at an outstanding economy of 6.75. Meanwhile, Delhi Capitals ace pacer Kagiso Rabada – 19 wickets in nine matches – continues to lead the Purple Cap tally – most wickets in tournament. He is followed by Mumbai Indians ace pacer Jasprit Bumrah, who picked up a three-wicket haul versus Punjab on Sunday. Bumrah has 15 wickets in nine matches at an outstanding strike-rate of 14.40. Bumrah is followed by KXIP bowling spearhead – Mohammed Shami, who picked up 2/30 and bowled a brilliant Super Over to help Punjab keep their playoff hopes alive. Shami has 14 wickets in 9 matches. RCB spinner Yuzvendra Chahal (13 wickets) completes the top-5 list in IPL Purple Cap 2020 list. 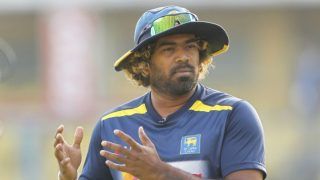