IPL 2020 Points Table Latest After RR vs MI Match: Ben Stokes – 107 not out – and Sanju Samson – 54 not out – made a mockery of a 196-run target which Mumbai Indians had set for Rajasthan Royals in match 45 of Indian Premier League in Abu Dhabi on Sunday. Stokes and Samson knitted an unbeaten 152-run stand that powered Rajasthan to a comprehensive eight-wicket win over Mumbai. RR overhauled the target with nearly two overs to spare. It was Stokes’s second IPL century and his highest score in T20s. RR ended their innings on 196/2 in 18.2 overs in reply to table-toppers MI’s 195/5 wickets in 20 overs.

Despite the defeat, Mumbai remain perched at the top position with 14 points from 11 matches, while Rajasthan moved to the sixth spot with 10 points from 12 games. The competition for the fourth spot in IPL 2020 playoffs race is heating up. Each team will play 14 league matches, at the end of which the top four teams qualify for the knockouts, with the final set to be played on November 10 in Dubai International Cricket Stadium.

It was the fourth loss for Mumbai, who remain in a comfortable position at the top of the standings. The comprehensive win over defending champions not only kept Royals alive in the tournament, it also eliminated Chennai Super Kings from the competition. The night belonged to Stokes, who tore into the Mumbai attack after RR lost opener Robin Uthappa – 13 – and Steve Smith – 11- early. The southpaw was back to his very best, having struggled with his timing in the earlier games.

Samson joined Stokes, who had collected four boundaries off Trent Boult in the third over. The Englishman then went on offensive against Krunal Pandya, collecting two fours before a boundary and six against Rahul Chahar with Royals racing to 75 for two after eight overs.

Royal Challengers Bangalore skipper Virat Kohli now occupy the third spot in IPL 2020 Orange Cap list – 415 runs – in 11 matches. He scored another half-century, his third in IPL 2020, on Sunday during RCB’s match against Chennai Super Kings. However, despite Kohli’s knock Bangalore ended up on the losing side as Chennai emerged victorious by eight wickets. Kings XI Punjab captain KL Rahul continues his domination at the pole position within IPL 2020 Orange Cap tally, with 567 runs under his belt in 11 matches. Rahul is followed by Delhi Capitals veteran batsman Shikhar Dhawan, who is at the second slot with 471 in 11 matches. CSK opener and ace Protea batsman -Faf du Plessis occupy the fourth spot- 401 runs in 11 matches, while Rahul teammate and KXIP opener Mayank Agarwal is at the fifth position with 398 runs in 10 games. 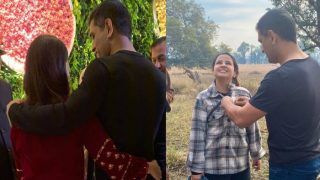