IPL 2020 Points Table Today Latest After KKR vs RR Match 54: Australian fast bowler Pat Cummins captured four wickets to power Kolkata Knight Riders to a 60-run win over Rajasthan Royals in their last league match of the Indian Premier League, and vaulted back to the fourth spot on the points table to still remain in contention for the playoffs. KKR captain Eoin Morgan smashed 68 off 35 balls in the win that took KKR’s points tally to 14 while RR finished the season at the eighth and last place with 12 points. Chennai Super Kings, who defeated Kings XI Punjab earlier on Sunday in Abu Dhabi, finished at the seventh spot. With the loss, Kings XI Punjab too have crashed out of the 13th edition of IPL.

After putting a decent 191 for seven wickets in 20 overs on board, KKR defended the target with much ease, thanks to pacer Pat Cummins – 4/34 stunning bowling effort. RR finished at 131 for nine wickets in 20 overs. Leg-spinner Varun Chakravarthy and pacer Shivam Mavi bagged a couple of wickets each while speedster Kamlesh Nagarkoti settled with one to help their side garner a much-needed win.

Chasing the target, RR suffered a top-order collapse as half of the side was back in the dressing room with just 37 runs on board. Four of the five KKR top-order batters — Robin Uthappa – 6, Ben Stokes – 18, Steven Smith – 4 and Riyan Parag – duck — succumbed against Cummins, who was at his lethal best and shrugged off his rustiness with the ball.

Jos Buttler and Rahul Tewatia tried their best to avoid a defeat with their 35 and 31-run knocks respectively. The duo shared a 43-run partnership to raise little hope for their side before Chakravarthy dismissed Buttler in the 11th over. KKR’s mystery spinner struck again in the 15th over to get rid of Tewatia after which the lower-order fell like a pack of cards even as Shreyas Gopal chipped in an unbeaten 23 off 23 balls. Ultimately, Rajasthan finished at 131/9 in 20 overs to suffer their eighth defeat of the season. Earlier, Kolkata captain Morgan’s blistering 68 off 35 balls guided KKR, who were put to bat, to 191/7 in the allotted 20 overs. Morgan’s innings contained five boundaries and six sixes.

Kings XI Punjab captain KL Rahul continues his domination at the pole position in IPL 2020 Orange Cap tally – most runs in the tournament – with 670 runs under his belt in 14 matches. In the must-win contest against Chennai on Sunday Rahul played a 29-run knock to provide his team solid start in Abu Dhabi. However, he failed to convert it into big innings which hurt his team badly against CSK. Rahul is followed by Delhi Capitals veteran batsman Shikhar Dhawan, who is at the second slot with 471 in 13 matches. CSK experienced opener Faf du Plessis, who played a brilliant 48-run knock off 34 deliveries, zoomed to the third spot in IPL Orange Cap 2020 tally. Du Plessis scored 449 runs in 13 matches. Sunrisers Hyderabad skipper David Warner is at the third spot with 444 runs in 13 matches. While Kolkata Knight Riders talented opening batsman Shubman Gill takes the fifth spot with 440 runs in 14 matches.

Not many changes in this segment as Mumbai Indians pacer Jasprit Bumrah is still maintaining his numero uno spot in the IPL Purple Cap 2020 – most wickets in the tournament – tally. Bumrah, who picked up three wickets for 17 runs in his four overs against Delhi Capitals on Saturday, took his wickets tally to 23 and dethrone another pace ace Kagiso Rabada of Delhi Capitals. Though Rabada has the same number of wickets, Bumrah has a better average – 15.73 – and economy rate – 6.96 – than the South African, whose corresponding average and economy are 18.04 and 8.19 respectively. Rajasthan Royals bowling spearhead Jofra Archer, who bowled another breathtaking spell of fast bowling on Sunday against Kolkata, takes the third position with 20 wickets in 14 matches. Archer boasts a brilliant economy of 6.55 – it’s the best among top-5 bowlers in the Purple Cap tally. RCB’s main strike bowler Yuzvendra Chahal, Mumbai’s gun paceman – Trent Boult occupy the fourth and fifth spots respectively. Both have 20 wickets under against their names in 13 matches. 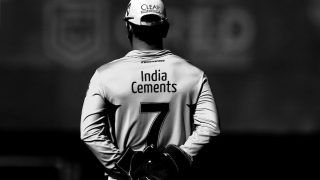