Is this a good alternative to Mankading?

Offspinner R Ashwin on Monday (August 24) suggested the introduction of a “free ball” for bowlers if non-strikers back up too far, sticking to his stand that there was nothing wrong with running such batsmen out.

Ashwin ran out Jos Buttler during an IPL match between Kings XI Punjab and Rajasthan Royals in 2019 when the Englishman left the non-striker’s end much before the delivery was bowled, triggering an age old ‘spirit of the game’ debate.

While what Ashwin did was well within the rules of the game, his new IPL team coach Ricky Ponting of the Delhi Capitals doesn’t agree with this particular mode of dismissal.

“Make it a free ball for the bowler. If the batsmen gets out of that ball, the batting team will be docked 5 runs. Free hit adds to the drama for a batter, let’s give a chance to the bowlers too,” Ashwin tweeted in response to Dinesh Karthik’s assertion that it was unfair to link the dismissal to spirit of the game or call it ‘Mankading’ as it is permitted by laws of the game.

“As of now everyone watches the game hoping that ‘the bowlers will get smacked’,” the off-spinner said.

His suggestion is similar to the concept of free hit, which allows the batsmen to score the maximum without the fear of being dismissed if the bowler delivers a front-foot no ball.

When a twitter user asserted that the game is primarily for batsmen, Ashwin retorted, “Then take the run out on your chin and stay in!!!!”.

What followed after Ashwin’s tweet was a discussion on his timeline with former India cricketers WV Raman, S Badrinath, Rohan Gavaskar and commentator Harsha Bhogle providing their opinion on the issue.

Gavaskar Jr, whose father has been one of the staunchest critics of the term “Mankading”, said that spirit of the game is a vague term.

Rohan also feels that a lot of bowlers shy away from running out batsmen backing up too far as it invites a backlash.

“My feeling is that more bowers don’t do it because of the backlash that it creates …the negative publicity and the drama.” 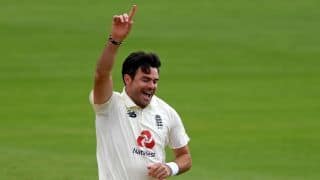