Ashwin, who captained Kings XI Punjab last season, will be turning out for the Delhi franchise in the upcoming IPL in the UAE, starting from September 19.

Delhi Capitals chairman Parth Jindal on Saturday waded into the debate around the contentious issue of ‘Mankading’, saying Ravichandran Ashwin showed a lot of “courage” by running out Jos Buttler at the non-striker’s end last IPL after the batsman backed up too far.

Jindal said rules are meant to be followed, days after the issue again became a talking point when Ricky Ponting, head coach of Ashwin’s Delhi Capitals team, said he would not allow the spinner to resort to ‘Mankading’, which is considered by many as going against the spirit of the game.

“…Rules are rules and every batsman should follow them. What Ashwin did on that occasion (during last IPL) took a lot of courage, frankly I don’t know whether I would have done the same,” Jindal was quoted as saying by Gulfnews.com.

“It will not be right for me to comment on it as a lot has been said already.”

Ashwin, who captained Kings XI Punjab last season, will be turning out for the Delhi franchise in the upcoming IPL in the UAE, starting from September 19.

Jindal added, “If you remember Mahendra Singh Dhoni’s dismissal in the World Cup semi-finals (last year), he was run out just by inches. If he wasn’t, India would have possibly made it to the finals.”

Earlier, Ashwin said he would have a chat with Ponting on the issue.

“…We will sit for a chat with him. He said he wants to have a conversation. We have already talked over the phone. It was a very interesting chat,” Ashwin had said on his YouTube channel.

Before that, Ponting had said he will have a “hard conversation” with Ashwin and won’t allow him to do ‘Mankading’ at Delhi Capitals. 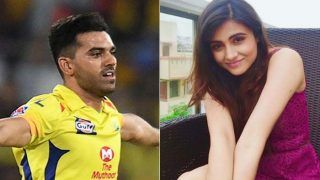 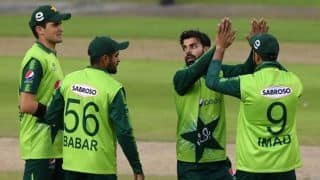 England vs Pakistan, 2nd T20I: Full Squad, Schedule And Where to Stream Online