Kohli was pictured playing football with his RCB mates. 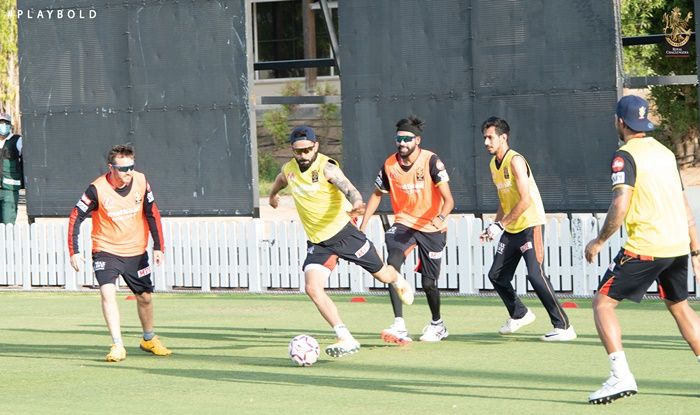 RCB skipper Virat Kohli is fond of football and there is no secret to that. As he loves football, he has now inculcated that culture among the Indian players – who now warm-up playing football before a training session or a match. On Sunday, Kohli was pictured playing football with his RCB mates, the franchise then took to their official Twitter handle and posted the picture with a cheeky tweet.

With speculations around Lionel Messi’s transfer making news, RCB captioned the picture, ” We heard you are looking for new teammates.”

Messi finally brought an end to all the rumours when he confirmed he would be staying at Camp Nou for the upcoming season. Messi said the change of heart happened because he wanted to avoid a legal battle with the club that gave him everything and his family – who were in tears when he broke the news to them.

RCB has also started training and Kohli looked in good shape ahead of the tournament. He was also pleased with the way his team has been training in UAE.

Meanwhile, former India cricketer suggested that RCB open with Aaron Finch and Devdutt Padikkal as AB de Villiers would be keeping to give the side balance and the option of playing an extra bowler or a batsman.

IPL 13 is set to start on the 19th of September and BCCI is in all probability going to announce the much-awaited fixtures today. Three venues in UAE will be used for the 53-day tournament and a bio=security bubble has been created for the health safety of the players amid the pandemic. 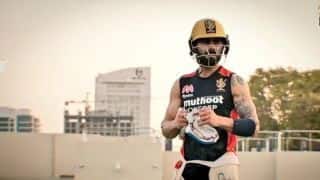