Kohli was spotted by the cameras in a carefree mood where he was flaunting his dance moves - which were as expected, Bollywood-ish. 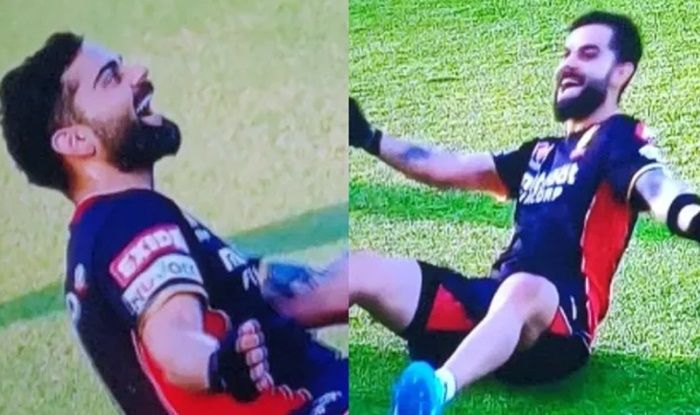 Bangalore skipper Virat Kohli was in high spirits ahead of the crucial clash against Kings XI Punjab at Sharjah on Thursday. Ahead of the toss, Kohli was spotted by the cameras in a carefree mood where he was flaunting his dance moves – which were as expected, Bollywood-ish.

Fans were enthralled to see their hero entertain them even ahead of the match, well IPL has always been about the fusion of cricket and entertainment and Kohli has been at the centre of it all. Rajasthan Royals pacer Jofra Archer thrilled with Kohli’s antics, took to Twitter where he posted the video and roasted him hilariously. Archer captioned the video and reckoned Kohli was behaving as if he was told to lock the door by her.

Archer tweeted: “When she tells you go and lock the door”.

When she tells you go and lock the door https://t.co/5bHI9FZxgD

With the win, Punjab ended their winless streak as defending champions Mumbai Indians still continue to stay at the top of the table. In the second place is Delhi Capitals, while, Bangalore remains at No 3. Kolkata – who take on MI tomorrow are at No 4.

Punjab won the game by eight wickets but Kohli found it strange that the game went down to the last ball and highlighted it after the match. And he also spoke about De Villiers coming in at No 6.

“It was quite surprising, because it went down to the wire. A bit of pressure can confuse you, it was a good performance by Kings XI in the end. We had a chat, it (AB batting at no, 6) was a message about the left-hand, right-hand combination. Sometimes these decisions you take, don’t come off. But I think 170 was a decent score,” Kohli said. 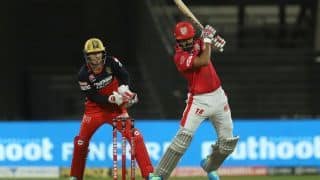 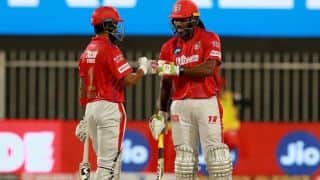