Replays showed that as Reiffel was about to make the decision, Dhoni began angrily protesting after spotting what the umpire was going to do. 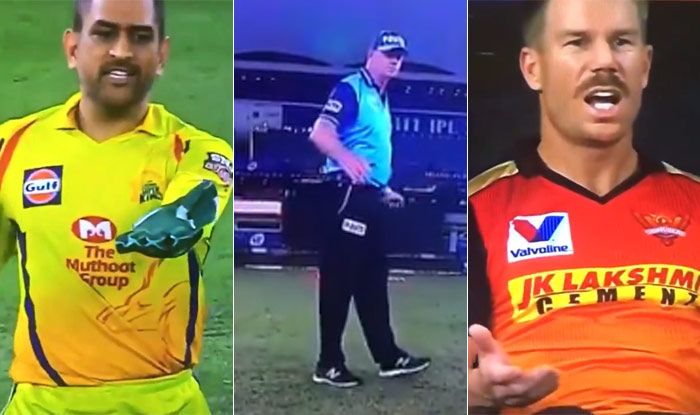 Chennai Super Kings have kept their IPL 2020 playoff hopes alive after beating Sunrisers Hyderabad in Dubai on Tuesday night. The 20-run win was their third of the season in eight matches so far and pushed them to the sixth spot in the points table.

However, during the match, an incident involving on-field umpire Paul Reiffel and CSK captain MS Dhoni has created controversy. It happened during SRH innings as they were attempting to chase down the target of 168 at the Dubai International Cricket Stadium.

Shardul Thakur was bowling the 19th over of SRH innings and after he had bowled his second delivery, a yorker well outside the tramline, the umpire began stretching his his arms in to signal it as a wide. However, right midway, he stopped and refrained from making the signal.

Replays showed that as Reiffel was about to make the decision, Dhoni began angrily protesting after spotting what the umpire was going to do. He charged forward and made a gesture with his hands which may have forced Reiffel to rethink his call.

While this was happening, SRH captain David Warner made his frustration clear with what was transpiring in the middle.

IPL playing conditions give an umpire right to change any decision if made promptly.

As per section 2.12 of the IPL match playing condition, “An umpire may alter any decision provided that such alteration is made promptly. This apart, an umpire’s decision, once made, is final.”

However, here it appeared as if the call was made after spotting an angry Dhoni contesting the decision.

Even the commentators were flummoxed by the bizarre turn of events.

“I’m almost dead certain that I saw his (Reiffel) arms start to go out,” Kevin Pietersen said during the match. “And there was a lot of shouting and screaming at him, and he sort of stopped his decision.”

This isn’t the first time that Dhoni has actively gotten involved protesting an umpire’s decision during IPL. Last season, after the umpire changed his no-ball decision against Rajasthan Royals, the CSK skipper stormed onto the pitch before getting involved into a heated argument with the on-field umpires. 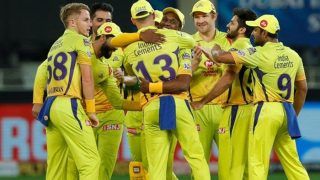 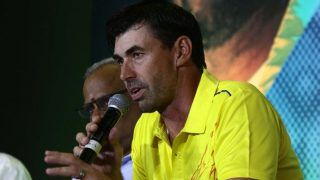